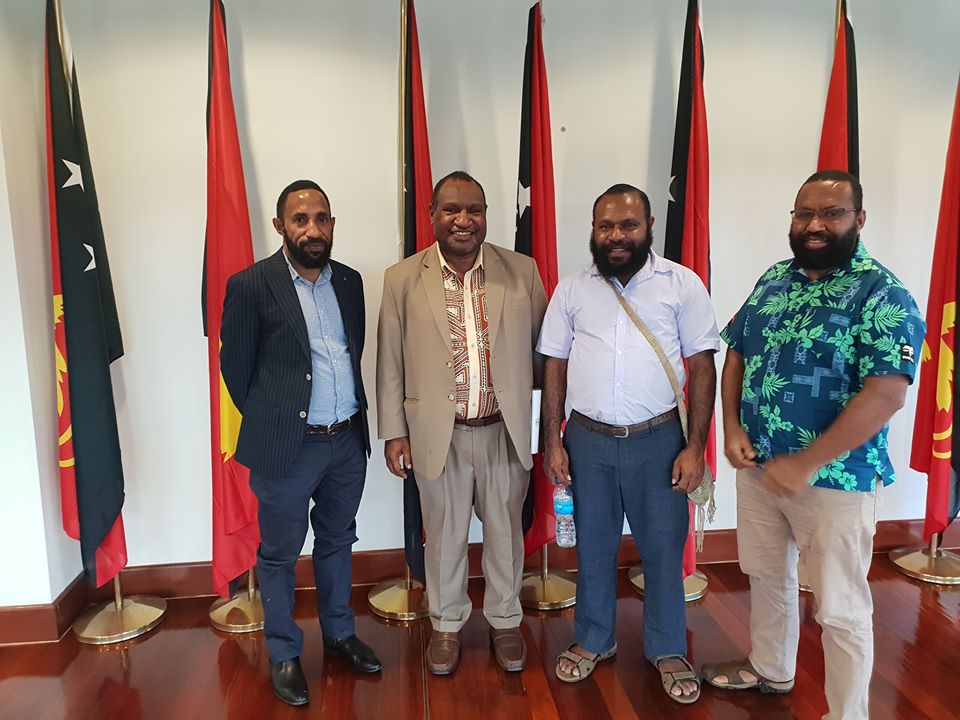 We fully endorse the decision of our Prime Minister to cease negotiations with ExxonMobil on the P’nyang LNG Project. Our Prime Minister has demonstrated wisdom based leadership through the eye of the storm.

Our historical participation in the P’nyang negotiations, gave us a comprehensive understanding of the State’s and ExxonMobil’s proposed takes in the project. FRPG Term Sheet outlined projects that added further value to the country’s total share.

Our PEC sanctioned policy can become the blue print for project host provinces whereby clusters of industrial hubs can be grown on the back of resource extraction and independent from Waigani.

ExxonMobil and Oil Search wanted maximum benefit for their shareholders in the P’nyang Project. But at what cost to PNG? Are we not entitled to a fair deal?

Having done so well in the foundation project, we were expecting ExxonMobil and Oil Search to display commercial fairness and reasonableness – evidently they chose to discard these core virtues.

ExxonMobil/Oil Search asserted that gaps in the Asian LNG market created by maturing off-take agreements, opened a small but fast closing window of opportunity for our gas.

Further substantial cost savings would be realized by combining the EPC contracts for Papua trains with P’nyang’s. Both companies pushed National Government and FRPG to accelerate P’nyang development, including statutory compliances.

During the negotiations, ExxonMobil claimed Papua’s development was conditional on P’nyang being licensed first. And so it begs the questions, why didn’t ExxonMobil bring into production the proven and certified gas fields in foundation project like Juha?

Why are several of foundation project’s gas fields being warehoused with no certainty of delivery to Caution Bay? Why is P’nyang being pushed for development when warehoused fields have yet to be monetized? Why must our Government bear solely the social cost for warehoused gas fields?

State sought terms considered commercially reasonable and consistent with regional industry practices, so why couldn’t ExxonMobil and Oil Search make at least some concessions, especially when the PNG LNG Project delivered a windfall for both companies at the expense of our People? Where do you draw the line between commercial parity and commercial greed?

Peter Botten has gone to the media stating that our terms compelled ExxonMobil and Oil Search to abandon P’nyang because they would not be able to achieve a return on their investment.

What Mr. Botten has intentionally and maliciously elected not to disclose is that in February 2019, ExxonMobil and Oil Search informed the State that project would cost $7 billion. On the eve of P’nyang Gas Agreement Negotiations, both companies increased capex to US$12 billion.

The last person to be criticizing PNG Government is Mr. Botten. He should be thankful that he is still employed because of the sacrifice our People made when we lost US$400 million in a scheme he supervised and diligently implemented through the now infamous UBS Loan.

We are still bleeding from the first stab. Mr. Botten is heartless by inflicting another wound. Mr. Botten will be retiring in his golden parachute, but what about the Kubutu People who still lack after 32 years of oil production, electricity and running water?

ExxonMobil and Oil Search promised our leaders the great economic miracle PNG LNG would deliver. Many outcomes were guaranteed. Trusting the ExxonMobil brand, we signed away our sovereign rights. Sadly, many of those promises are yet to materialize.

We are steadfast in our resolution that the Oil & Gas Act needs to be amended urgently. The legislation leverages financial and legal benefits to foreigners than to our Country. The amendments are in line with what other hydrocarbon producing nations have successfully enacted in the last 10 years.

We have instructed lawyers to review the Stanley Gas Agreement. Legal proceedings will be filed shortly to ascertain whether Horizon Oil and its joint venture partners are entitled to continue to enjoy the unbounded generosity of PNG or in the alternative whether the landowners, LLGs and FRPG are due for financial compensation for the questionable delayed development.

We believe the Stanley Gas Agreement is unconstitutional because it strips the State of its most basic sovereign rights. There are no penalty clauses for failure to achieve FEED, FID and construction. Shockingly, State has no recourse to terminating the license consequential to fundamental breaches.

The deliberate exclusion of these mandatory sunset clauses, has given the developers unfettered latitude to deciding, at their own volition, the development schedule for Stanley.

The Stanley PDL has been used to conduct substantially valued farm-outs. Ironically none of these transacted monies have been reinvested in Stanley’s construction.

For several years now, the developers have not engaged neither communicated with FRPG and landowners. Accordingly we have reached the conclusion that Stanley Gas Fields may never reach commercial production under Horizon Oil as the nominated developer.

The Stanley Gas Agreement and PDL is unprecedented and entirely at odds with established industry practices. How and why did Horizon Oil and its partners vouch for Stanley’s FID being achieved by or before 31st December 2014 and construction to begin in 2015?

Surely we acknowledge developers/investors are needed to prove up resources. Legislated incentives are on offer to bring onshore investment dollars.

However, any conduct or action that is clearly deceptive, or a Gas Agreement that licenses the ransacking of our resources with negative netback gains for our People, or lack of development thereof to the detriment of our People, will be rejected completely.

We will not surrender our dignity nor our sovereignty.