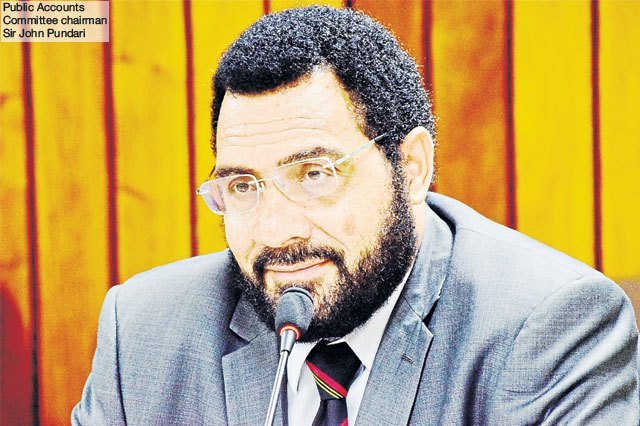 As the Minister for Finance and Rural Development, I am the Minister mandated by the Hon. James Marape MP, the Prime Minister, with the administration of the – Public Finances (Management) Act, which controls the efficient and ethical use of public money in Papua New Guinea;

When I took office as Minister for Finance and Rural Development I was very aware of the public appetite for closure on the APEC Report and disposal of the assets of the wound up APEC Authority. Thus one of my first instructions as Minister was for a detailed update on their status. The Marape – Basil Government assures the public that all outstanding issues will be addressed. NEC has met in relation to this and is on top of its progress.

We ensure that the public has full disclosure and there is complete transparency in the process. For the information of the people of Papua New Guinea, I am pleased to report the progress in respect of the disposal of the APEC vehicles from my office.
———————————————

326 vehicles were state purchased; and
166 vehicles were donated by our development partners mostly from Japan and China;
The total of all APEC acquired vehicles was 492.

Donor Agencies made it clear that all donated vehicles must be donated at no cost to State departments, churches, NGOs, government institutions, schools and hospitals.
———————————————
𝟮. 𝗣𝗿𝗼𝗴𝗿𝗲𝘀𝘀𝗶𝘃𝗲 𝗥𝗲𝗰𝗼𝗿𝗱 𝗼𝗻 𝗗𝗶𝘀𝘁𝗿𝗶𝗯𝘂𝘁𝗶𝗼𝗻 𝗼𝗳 𝗗𝗼𝗻𝗼𝗿 𝗔𝗣𝗘𝗖 𝘃𝗲𝗵𝗶𝗰𝗹𝗲𝘀
From the total of 166 Donor APEC vehicles:

As confirmed from our records, 14 districts are outstanding and will receive their vehicles shortly once all vehicles under interim arrangement with government agencies are recouped. Once the outstanding vehicles are returned and grounded at the CT4 Wharf, the Department of Finance, through National Procurement Commission will distribute the remaining allocated vehicle to the remaining 14 Districts.

A total of 43 Maserati and Bentley vehicles have already gone up on tender. The remaining other high-end vehicles will be assessed by Works BOS team and recommended to the Finance Department for public tender.

The written-off vehicles will be disposed by way of sales through public tender also. This will also be done together with the high-end vehicles once all distribution exercises throughout PNG regarding APEC vehicles are fully achieved.
———————————————

The remaining 38 Maserati vehicles were re-tendered and are now open to both national and international markets for bidders to bid on. This is still in the vetting process and awarding of successful bidders will follow shortly after.

In accordance with directions issued under NEC Decision No. 51/2021, the remaining balance of all Maserati vehicles after public tender sales will be allocated to designated PNG Foreign missions throughout the world for official use. A number of Maserati vehicles will be kept in the country and managed under the National Events Council (PMNEC) which will be reserved for diplomatic and official uses.
———————————————
𝟳. 𝗥𝗲𝗰𝗼𝘃𝗲𝗿𝘆 𝗼𝗳 𝗔𝗣𝗘𝗖 𝘃𝗲𝗵𝗶𝗰𝗹𝗲𝘀
Finance Department is now progressing into the recovery phase of the APEC vehicles which are missing (all accounted) and those that are under temporary arrangements. About one hundred and ten (110) State purchased APEC vehicles are still in the hands of general public and certain public officials.

These vehicles are all accounted for and will be recouped by Finance Department with assistance from Police very soon. A total of 50 vehicles are currently utilized by Police, Defense, Health, National Pandemic Office and other government agencies under temporary arrangements. Once recovery is complete, these vehicles will firstly be distributed to the remaining 14 Districts and the balance will be put to public tender for immediate disposal.
———————————————
𝟴. 𝗗𝗶𝘀𝗽𝗼𝘀𝗮𝗹 𝗢𝗳 𝗔𝗣𝗘𝗖 𝘃𝗲𝗵𝗶𝗰𝗹𝗲𝘀 𝘁𝗵𝗿𝗼𝘂𝗴𝗵 𝗣𝘂𝗯𝗹𝗶𝗰 𝗧𝗲𝗻𝗱𝗲𝗿
In line with National Executive Council (NEC) Decision No. 51/2021, the Department of Finance will publicly tender the remaining High-end APEC vehicles, as well as the written-off APEC vehicles, through National Procurement Commission (NPC) in consistent with the Public Finances (Management) Act and the National Procurement Act.

This exercise will commence once all missing vehicles are recouped and assessed by the Department of Works.
———————————————


𝟵. 𝗗𝗶𝘀𝗽𝗼𝘀𝗮𝗹 𝗼𝗳 𝗼𝘁𝗵𝗲𝗿 𝗔𝗣𝗘𝗖 𝗔𝘀𝘀𝗲𝘁𝘀 𝗮𝗽𝗮𝗿𝘁 𝗳𝗿𝗼𝗺 𝘃𝗲𝗵𝗶𝗰𝗹𝗲𝘀
The Department of Finance has donated a scanner and Xray machines to the National Airport Corporation. Other APEC assets such as plant and non-movable assets (land & buildings) are currently under the custody of Finance Department through the Government Office Accommodation Committee (GOAC). Those assets will be managed by GOAC for official government activities.
———————————————
𝟭𝟬. 𝗙𝗶𝗻𝗮𝗹 𝗥𝗲𝗽𝗼𝗿𝘁 𝗢𝗻 𝗔𝗣𝗘𝗖

The full report of the disposal of APEC assets will be made available to the NEC, Ombudsman Commission, PM&NEC, Office of the State Solicitor, Police, and the Departments of Treasury and Works.
———————————————

As a responsible Government, we have taken all the necessary steps to ensure that we uphold the principles of good governance and transparency. As Minister responsible, I present this progressive update for public consumption.

On that note, I would like to commend the good work of the Finance Secretary Ken Nangan and his officers at the Department. They have performed their duties responsibly and I am satisfied with the detailed reporting they have provided. I encourage them to continue the good work as we bring this important public matter to closure.