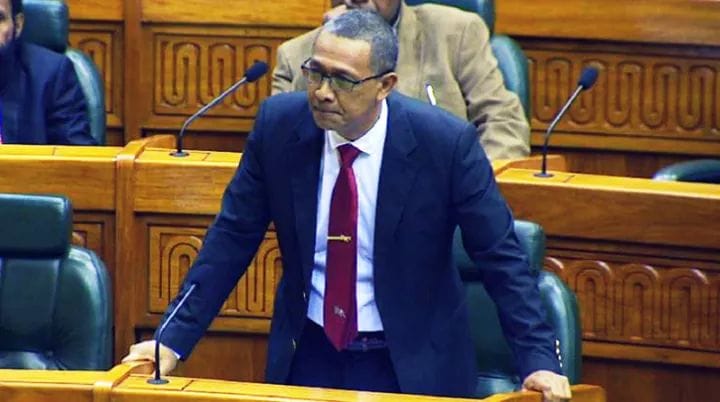 The O’Neill’s regime economic mismanagement hurting Provincial Budgets of the Independent State of Papua New Guinea, according to the media released by the Minister. Read the full report below.

“I was pleased to meet recently with Mr Paias Wingti MP, the Governor for Western Highlands Province to accept the province’s 2019 Revised budget. The Treasurer thanked the Governor and his administration for finalizing the budget.

The budget is essential for setting out the province’s development priorities for the rest of the year” stated the Minister for Treasury, Mr Ian Ling-Stuckey.

“Unfortunately for the people of PNG, the economic mismanagement of the O’Neill regime has crippled our nation’s cash flows.

As a result of the former Prime Minister’s mismanagement, I recognize that the Governor has had to cancel or delay vitally important development projects across Western Highlands Province. I know other Governors are facing the same problem.

“Why is this country facing cash flow shortages? Surely we should be able to pay for the things if they are in the budget? Unfortunately, the games played with the national budget in recent years means that it has been a fake budget.

The wasteful spending, the unrealistic revenue predictions, the out-of-control wages bill, all have squeezed the cash flow for vital areas such as infrastructure development and health and education and agriculture.

“The Marape-Steven Government wants to ensure that the Western Highlands Province and the rest of the country receives the funding it needs. Poor national budgets have distorted our development planning and service delivery.

This is why my due diligence process started immediately I started as Treasurer. There is some bad news coming but this government has already commenced work on solutions.

The starting point for good decisions is knowing the honest facts. Only then can we best plan the way forward, working at national, Provincial and all other levels of government.

“Strong leadership means taking the tough decisions now to start climbing out of the huge budgetary hole left by the former Prime Minister O’Neill. These tough decisions are essential for creating a future filled with hope where none of our children are left behind” stated the Treasurer.