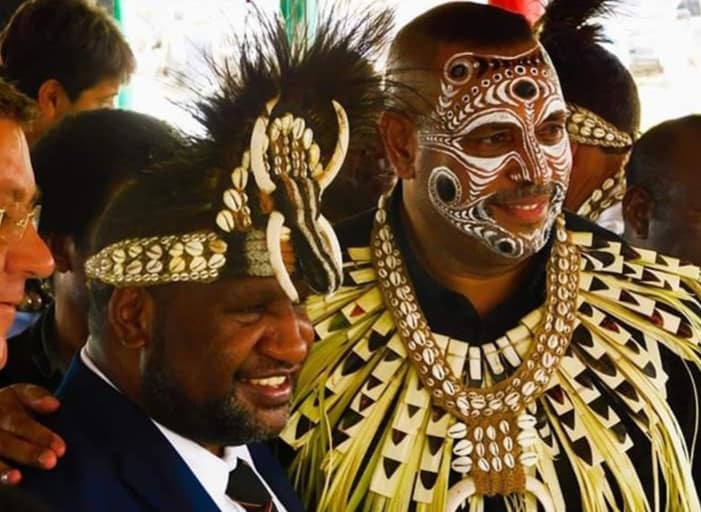 Mr Samson has taken out a full page advert in the Sunday Chronicle on the K28b debt PNC incurred on our behalf.

He has previously published the same article on social media. I felt it was a poor response to an important subject and I did not want to respond at that time. In any case I will respond to two misconceptions.

His second point is that NA was part of the government and should share in the blame. Anyone who has worked with PO knows that you either do what he says or you are sacked. It was basically a dictatorship under O’Neil. Current PMJM is on record confirming the same thing.

For the record, Sir Michael Somare who represented East Sepik before me objected to NA joining the government in 2012. I did the same thing in 2017 simply on principle alone.

NA joined the PNC government in 2012 in the hope of resolving the “political bypass” of 2011.

If I was an NA MP in 2012, I would not have joined the government of PNC. Some things are just impossible for some of us. But I wasn’t there in 2012 and I respect those leaders who saw the wisdom in that approach.

In 2017, I was called by two senior PNC MPs who were my friends asking me to join PNC camp in Alotau, my response: “I have heard you both complain to me on many occasions about POs corruption and now you expect me to join you? I don’t know PO, but I know you and the things you both have told me so I am not going to share in your pain.”

Finally, to the massive K28b borrowed between 2011-2019 by PNC led government. Let me say this, ESPG invested about K1.5m in Agriculture in the last two years, particularly in the cocoa value chain. We now have an EU investment of K320m in the same sector.

In 5 years time, I expect this investment to bring in around K1 billion a year into Sepik and to improve the lives of close to 160,000 people and their families. All this will be achieved at zero cost to the PNG tax payers.

This is how I measure the quality of an investment. Obviously you and your PNC team are happy with delivering expensive cargo. I believe in spending a little money to get a large impact by harnessing the energy of my people.

I am on hansard many times arguing with PNC on the floor about getting a better return for these massive borrowings. I believe if anyone invested K28b wisely, the nation should feel the benefits of the return on investment rather than paitim bros nating tasol.

PNC spent so much money in a very short time and yet, the positive impact of that expenditure is not felt by our people today. Our people are worse off despite the huge spending.

Obviously Mr YC Samson, we all have different definitions of progress. For me it’s empowered people in a strong economy looking after their families and for you and your friends its expensive contracts given to your besties.

So let’s agree to disagree.