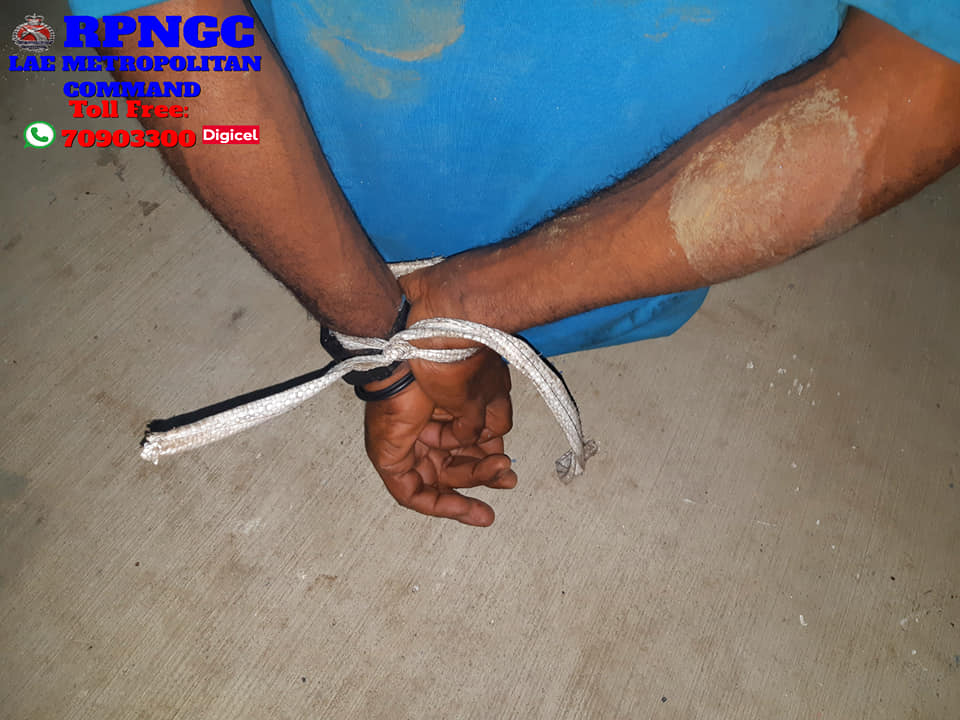 ARMED ROBBERY SUSPECT SHOT, WOUNDED AND APPREHENDED – Five men armed with homemade guns held up a delivery van at 10.30am about two hundred (200) meters away from the Bulolo/Wau junction towards Markham Bridge.

Five men armed with homemade guns held up a delivery van at 10.30am about two hundred (200) meters away from the Bulolo/Wau junction towards Markham Bridge.

They were in the process of robbing the van when SRU 102 , who were static close by at 9 Mile Market, received information of this from members of the Public.

SRU 102 immediately responded to the scene where it was found that all five suspects had escaped into the swamp area at the back of NARI.

SRU 102 patrol then went up to 10 Mile and tracked back on foot towards the escape route. The armed gang got a surprise when they realized Police had blocked them off.

One armed suspect was shot and apprehended . It is suspected that other members of the gang were wounded as well.

MS 13 BRAVO were also involved in tracking the suspects on foot after a call for assistance was made by SRU 102.

The apprehended suspect had a homemade gun loaded with a 50 Calibre bullet.

He will be formally arrested and charged so as to appear in Court after he is cleared by Doctor.

Warning to criminal elements. In Lae Police will still pursue you even after you have committed the crime. Stay away from crime.