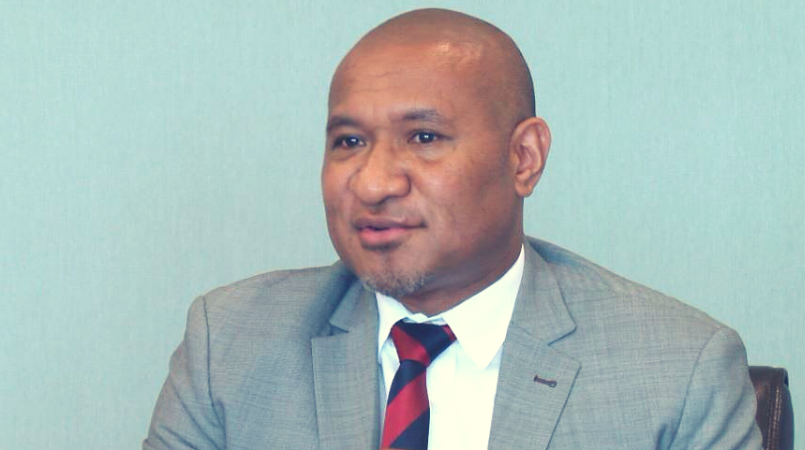 Treasury Secretary Dairi Vele appeared this morning before the Royal Commission of Inquiry into the K3 billion Union Bank of Switzerland Loan.

His lawyer Tiffany Twivey apologized to the Inquiry for failure to comply with directions in the summons issued on December 16th 2019.

She said it was her doing, and not of her client.

The directions were for Mr Vele to provide relevant documents, evidences and statements relating to transactions involved in the loan.

Mr Vele was to have presented the documents on Monday.

Ms Twivey says, the delay was due to difficulties faced in obtaining those documents over the Christmas and new year periods, as most public servants in responsible positions, were on leave and holiday.

She however admitted they have collected all the relevant documents, which would be compiled into an estimated 10,000 page document, and needed two weeks to compile.

With the volume of the documents, the Inquiry Chairman Sir Salamo Injia extend her time until February 28th.

She further apologized to the inquiry for not appearing in person on Monday as she was sick, and had to send in a junior lawyer.

Twivey gave an undertaking to be present at all times, during the course of inquiry.

The inquiry has been adjourned to February 28th, where Mr Vele will present hard and electronic copies of the documents.

Meantime, Bank of PNG Governor Loi Bakani appeared in person, and confirmed with the inquiry that he will give evidence on the 7th of April.

The evidence relates to questions on the country’s economic and political situation during the period in which the loans were obtained.

Further evidences will be presented on the IPIC and UBS loans as well.

National Research Institute Director Dr Osborne Sanida also appeared in person, and will give evidence on the 7th of April also relating to a study on the UBS loan carried out by the government’s think thank agency.

According to the timeline set by the inquiry, this is the second phase were all individuals summoned to appear must respond to the request.

The next phase to start in April is to produce and collect relevant evidences required by the witnesses, as stipulated by the terms of references guiding the inquiry.

The terms of reference which guides the inquiry relates to:

1. Establishing the facts surrounding the decision by the government to obtain 3 billion kina loan.

2. The decision to get the loan and why the UBS was chosen?