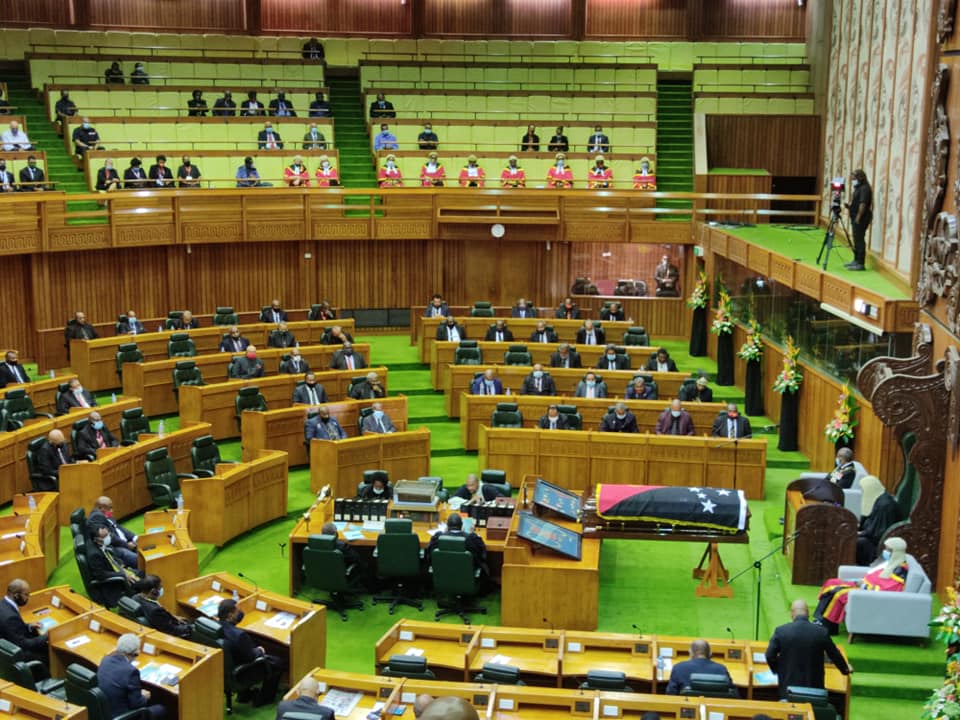 A powerful Speech from Hon Governor Pais Wingti during the State Funeral of Grand Chief Sir Michael Somare at the Parliament.

The constitution of Papua New Guinea is the foundation. Today we pay respect to this great man, we must think about what he lay down for us. The constitution is so clear.

The Executive Arm of Government, The Courts and the Parliament; what are the powers? What are the functions? It is stated clearly in the most detail constitution.

Today when we pay respect, we must think about what we are going to do onwards.

He is a Policy Maker. He is not supposed to interfere in those operational institutions that Somare built. The same, Parliament cannot interfere with the Executive Government and the courts cannot do. Our founding father sir Michael Thomas Somare created these to protect this country.

Every Prime Minister, every Ministers must know. We must know that when we interfere with the operational matters of Police force, we are weakening the system that Somare built.

Because the powerful and the rich will manipulate and control the silent, small, minority and the marginalized. This is not Somare’s dream. Somare’s dream is to make sure Structures and fairness operate properly in our young country.

Power does not mean you have custody over the people. Power must be exercised with Care for everything we do. To the Senior Public Servants and everyone, YOU MUST KNOW YOUR RESPONSIBILITIES! 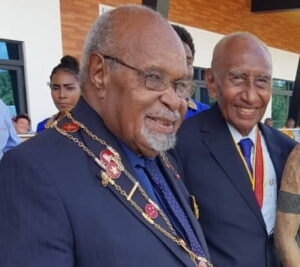 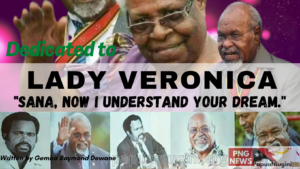 Next post SANA, NOW I UNDERSTAND YOUR DREAM (Dedicated to Lady Veronica).