"Twenty years on and I still don't have the coveted Bamboo from University of Papua New Guinea (UPNG) but my journey as been nothing short of fulfilling. I buried my mum in another man's land, watched my three younger siblings grow into men, have families and have their own lives and later buried my dad." - Ruth Kissam.

Life is mysterious. I pulled out of 2nd year law school nearly twenty years ago because at that time it felt like the right thing to do to fulfill family obligations. I also had TIME or so I thought I had! So I worked odd jobs and put my younger siblings through school, helped look after my sick mum and was the youth leader of my Warrior Hearts Youth at the Assemblies of God (AOG) church down at Warakum, Mt. Hagen all the while, thinking I'd still go back and complete my studies and be a hotshot lawyer!

This is the story of Ruth Jewels Kissam

Twenty years on and I still don't have the coveted Bamboo from UPNG but my journey as been nothing short of fulfilling. I buried my mum in another man's land, watched my three younger siblings grow into men, have families and have their own lives and later buried my dad.

I walked trails infested with leeches with medical supplies, brought food and clothes to rural clinic and communities, climbed many mountains to go to 'just over there' to encourage and inspire rural young people to have hope for a better Papua New Guinea.

Worked with rural communities to extend their airstrips, refurbish their aid posts and build schools, worked in settlement to empower girls, organized communities to take ownership of their problems and worked with churches to take holistic approaches to social ills.

I had become passionate about this journey that I had unintentionally taken off the main track of life that I was on initially.

While pursuing my passion I realized I needed capacity building because I had no idea what I was doing, so I searched the internet for fully-funded short training courses. Fully-funded because I was poor as a church mouse.

During one of the searches for community solutions, I came across US Government sponsored Community Solutions Program (CSP) and I thought, what the heck - just try.

I applied and I got accepted and became the first Papua New Guinean (We have since had five PNGeans go through) and I got to be offered my current job with PNG Tribal Foundation, while I was still on the program over in the States in 2015.

I have since then gone on for a lot of capacity building workshops and trainings around the world and one of my highlight was going to one of the world's leading University in the US and the world for that matter - Stanford University!!

This time as a Draper-Hills Fellow at the Centre on Democracy, Development and Rule of Law in 2017 (again a first for a Papua New Guinean for this fellowship) for three weeks. Again my selection to this program was also a miracle because I still had no bamboo but I was butting heads with some of the best in the world!

The program’s aim is to empower emerging leaders who have a proven commitment to service with the tools they need to make their efforts more effective upon their return home.

Never in my widest dream did I see myself studying in an Ivy League University in the US and as a fellow of not just any other foundation or organization but as a Obama Fellow. That alone my mind refuses to comprehend.

The news of my selection to the prestigious Obama Foundation Scholars Program came out 10 days before my Dad's first anniversary of his passing, 18th June.

It was a bittersweet moment for me but also fitting because my Dad, he had to make me happy on what was a painful month for me. He taught me while growing up that I could do anything my five brothers can do even though he was an Engan man, made me believe I could change my world and I BELIEVED HIM.

I am honored and deeply humbled by all the well-wishes, and congratulatory messages from everyone across PNG and my friends who are celebrating with me from abroad. The outpouring of love has been overwhelming and I really appreciate you and thank you from my heart.

I wrote this long writeup in the hope that my journey can inspire some of you who feel you've strayed off the main path to find your footing, have hope and keep moving. It wasn't easy and all "primrose path of dalliance' but a lot of sacrifice in terms of self, time, love, marriage, a family, dreams and lastly - life!

But as I look back I have no regrets. If I were to choose again, I'd still my choose my family over me but that's because I am a headstrong daughter of an amazing father so I dedicate this fellowship to my dad for introducing me to His God who has helped me, nurtured me, strengthened me and graced me with His wisdom to be the best I can be. 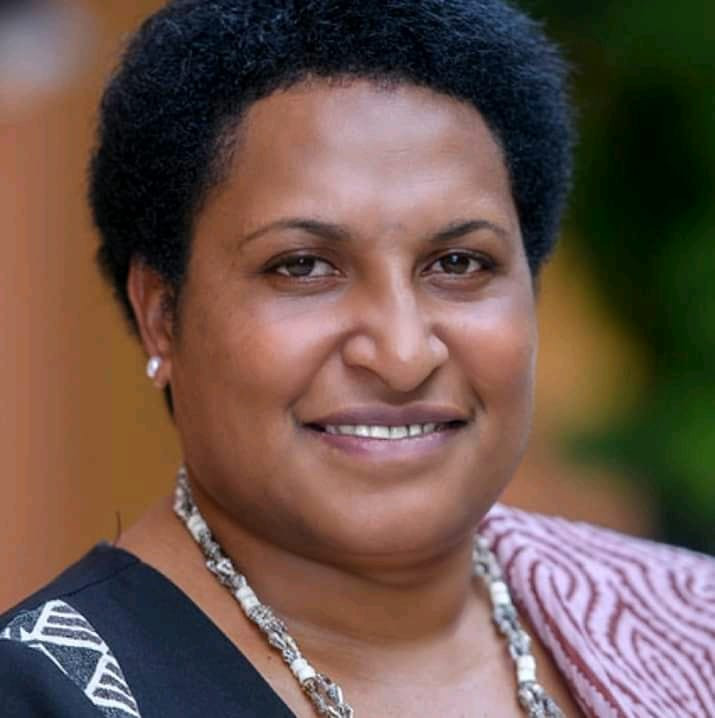