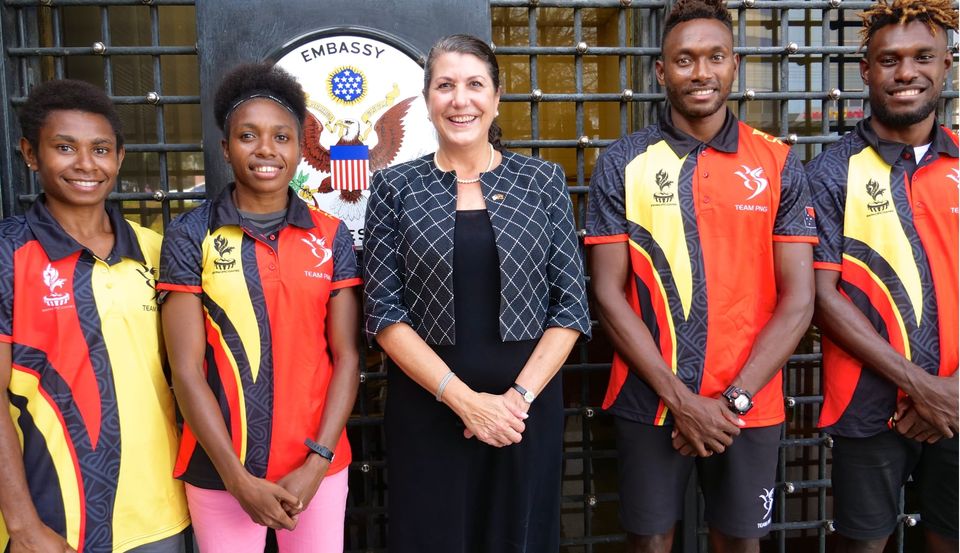 Villager off to US as she chases dream

From humble beginnings at East Sepik’s Ambunti Station – a six-hour trip (three by vehicle and as many by dinghy) from the provincial capital of Wewak – all the way to the shores of the United States (US).

This is the journey of 22-year-old sprinter Isila Apkup who is among four athletes heading for studies and training in the US for the next two years.

From Waskuk village, Isila is the second of four children and was raised at the station, where her dad Dirulus works as a carpenter while her mum is a homemaker.

The first in her family to reach tertiary level, she will be studying tourism and hospitality at the Cloud County Community College in Kansas.

In 2014, Isila took an interest in athletics after starting high school at Ambunti where her talent earned her a spot in the provincial team for the Papua New Guinea Games in Lae later that year.

Isila showed potential as a 16-year-old at the Lae Games where she clocked 61.81 seconds in the 400m heats. She went on to win bronze behind Donna Koniel and Raylyne Kanam.

“The Lae Games were my first to compete on a big stage,” she said.

“It was a memorable one because after finishing in the top-three, I was asked by PNG Athletics president Tony Green to compete in the national championships.”

A year later, after an impressive Games outing, Isila moved to Brandi Secondary School where she did Grade 10 while training and competing in the regional and national championships.

In 2017, Isila entered her second PNG Games in Kimbe where she again represented East Sepik and finished first and third in the 400m and 200m respectively.

But this time, she secured a spot in the national development squad.

After the Kimbe Games, Isila relocated to Lae to train alongside a small group of national-squad athletes, including PNG representative Leonie Beu.

“So when the offer to train with the national squad came, I was excited to be among the top athletes in the country.”

Isila eventually got her big break in 2018 when she was selected to compete in the Melanesian Athletics Championships in Vanuatu.

After that, she began full-time training for last year’s Pacific Games in Apia, Samoa.

Her preparations for the Pacific Games saw her attend the World Relay Championships in Japan and the Thailand Open in Bangkok in May last year.

Isila had the privilege of competing in the 4x200m relay against some of the world’s best sprinters, including Jamaican pair Elaine Thompson and Shelly-Ann Fraser-Pryce.

Last year’s Pacific Games presented Isila with another opportunity to further develop her skills on the track as she finished fifth in the 200m final.

She later went on to compete in PNG’s 4×400 relay team, which boasted Pacific sprint champion Toea Wisil, and snatch gold.

“It was an honour to join forces with Wisil and all the other big-name athletes in PNG,” Isila said.

“The experience gave me an indication of where I am and where I needed to be.

“I gained a lot of confidence from my team and I was proud to represent my country alongside PNG’s finest athletes.”

Isila said she would make use of this opportunity while putting her best foot forward as a development athlete in the US.

“This scholarship is my first and it wouldn’t have been possible without my parents, who have always supported me,” she said.

“I’m always grateful to people like them and my coaches, including Malcolm Limbai who continues to support me throughout my journey as an aspiring athlete.”

PM MARAPE HAS BEST CHANCE TO MAKE A DIFFERENCE

OPPOSITION SURPRISED BY PLAN TO DEFECT

PM James Marape: Our Country Needs Stability and Not Instability.