Did You Know that the Most Feared and Wanted Criminal in Papua New Guinea was a Muslim Convert?

Story of William Kapris - a most feared criminal in Papua New Guinea.

The deceased prisoner, escapee and suspect William Kapris has risen from nothing to a household in Papua New Guinea, whether it be for fear of him or the increasing interest he has generated in his criminal life that has elevated him to be very popular in the eyes of the general public.

The media politicians and even ordinary people on the streets have been talking, writing and reading about this man but do we really know he is?

In 2008 when he and his accomplices started their robberies in various parts of the country, and

Talk on the streets at that time was that it was the work of William Kapris.

When he was recaptured and put in an isolated cell at Bomana's maximum lockup, Attorney General and Minister for Justice at that time Dr. Allan Marat and Former Police Commissioner Peter Aigilo visited him in the cell.

Kapris according to research conduct by this paper is a converted Islam followers.

He was the son of a deceased man by the name Nanua who was originally from East Sepik Province but resided at Buvussi Oil Palm settlement in Hoskins as a block holder.

William was born in the West New Britain Province in 1980 according to relatives and friends, he attended Buvussi Primary School from 1987 to 1992. He later then attend Kimbe High School from 1993 to 1996.

William left his parents at Buvussi and stayed at Gigo settlement on the outskirts of Kimbe town when he was doing his high school at Kimbe as a day student.

According to some students who attended Kimbe High School with him the same year, he was said to be a shy fellow and often dressed up in a religious way so often his friends thought he was converted to a new religion.

He was said to be a bright student in his glass often scoring good grades.

After completing grade ten at Kimbe High School in 1996, he continued to stay at Gigo settlement with his step father Paul Kapris who married his mother when old Nanua died.

In 1996, he was converted to Islam and he and other friends were sent overseas to study Islamic Doctrines.

On January 10th 1997 he was arrested and charged by Kimbe police for the shooting and wounding of a detective sergeant Michael Kerehu at the Kimbe Palm Lodge. He was also charged for the pack rape of a young girl at Kimbe Primary School.

He was sentenced to 20 years for attempted murder and five years for rape before escaping from Lakiemata prison on April 19th 2001.

On August 18, 2001 he was involved in the abduction of a couple were at Dami Oil Palm Research Station in Hoskins when the couple were held captive until the next morning.

Their vehicle was used by William and his men to hold up Titiro night club also in Hoskins where PGK3000.00 worth of alcohol was stolen.

Police apprehended him when his gang were attempting to hold up former West New Britain Governor, Clement Nakmai and his delegate who were returning to Kimbe from an outstation strip.

He was serving his term at Lakiemata jail when he escaped again with four others namely Steven Tele, Steven Lavo, Gabrial Monai and Philip Roy Rakui.

They were arrested in Lae by police but using a snake bail (substituting someone who committed a summary offence) he escaped to East Sepik Province.

In May 2008, he was alleged too to have robbed the Kerema Bank South Pacific (BSP) branch and fled to Kimbe. Whilst in Kimbe he and his accomplices were said to have planned to rob the Kimbe BSP Bank branch but he decided against it.

In the same year in July the Madang branch was robbed by gang, alleged to have been led by William Kapris.

He was eventually apprehended by police in the Central Province along Magi Highway in July 2008 and he was detained at Bomana maximum security compound.

In 2010 he led 11 hardcore convicted prisoners out of the maximum facility with the aid of a woman posing as a lawyer.

He was recaptured a month later and was flown to Madang where he was found guilty for the robbery of Madang BSP bank and convicted to 30 years in prison.

According to a youth who knows William he said:

[William Kapris - Papua New Guinea's Most Notorious Criminal Interviewed. In the interview, late William revealed and named the involvement of several national leaders including the current Opposition's Alternative PM. Alternative Prime Minister is being mentioned by William Kapris in this Video along Tony Aimo.]

From Birth to Death...

1996: he converted to Islam where he and other friends were sent overseas to study Islamic doctrines

10th of January 1997: he was arrested and charged by Kimbe Police for shooting and wounding a detective sergeant Michael Kerehu at the Kimbe Palm Lodge and also gang rape of a young girl at Kimbe Primary School

19th April 2001: he was sentenced to 20 years for attempted murder and five years for rape before making his first escape from Lakiemata prison.

18th August 2001: wile on the run he was involved in the abduction of a couple at Dami Oil Palm Research Station in Hoskins

22nd September 2001: police apprehended him when his gang attempted to hold up the former West New Britain Governor Clement Nakmai and his delegate who were returning to Kimbe from an outstation trip. He was charged with six counts of escape from lawful custody, attempted murder, robbery, unlawful depression of liberty, unlawful use of motor vehicle and a second count of robbery.

2002: he served his term at Lakiemata jail when he escaped again with four others: Steven Tele, Steven Levo, Gabrial Monai and Philip Roy Rakui. They were arrested in Lae by police. Kapris hoodwinked the police into granting him bail by swapping places with another prisoner who was charged with a minor offence. He escaped to East Sepik Province.

2007: the Metal Refinery Robbery where a number of Gold Bars were stolen.

In May 2008: he was alleged to have robbed the Bank South Pacific (BSP) branch and fled to Kimbe.

In July 2008: it is alleged he robbed the Madang BSP branch

July 2008: arrested in Central Province along Magi Highway and detained at the Bomana maximum security prison

7th February 2010: he was captured at Gordon's Freeway Lodge.

March 2012: allegations of the female warden having sex with him in prison

May 2013: escaped from Bomana Prison

23rd July 2013: Shot and killed along the Hiritano Highway. 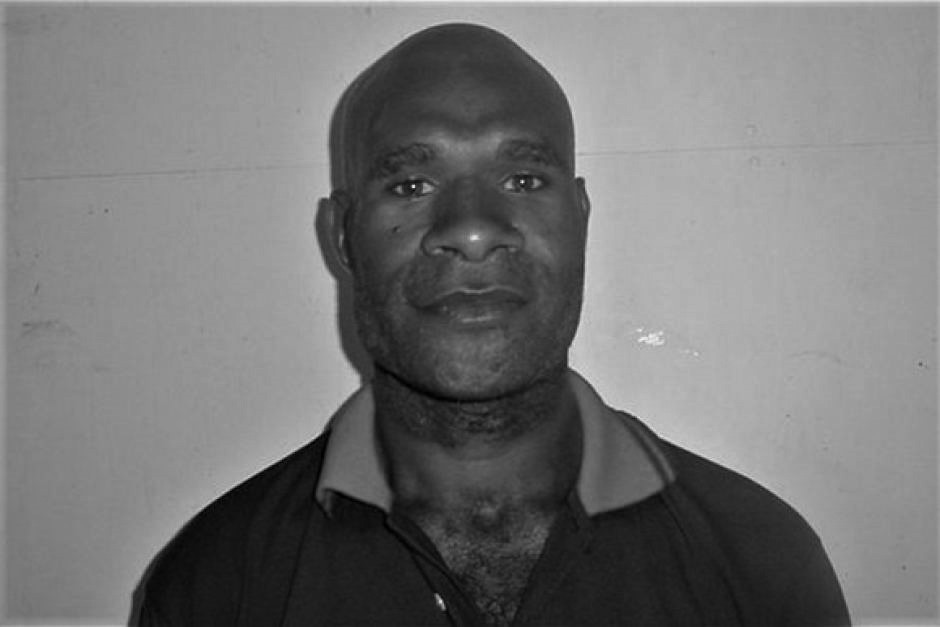