When life gets tough and you think about giving up, former Miss Papua New Guinea (PNG) Genevieve Roberts has a story that will inspire you.

When life gets tough and you think about giving up, former Miss Papua New Guinea (PNG) Genevieve Roberts has a story that will inspire you.

Genevieve Roberts was crowned Miss PNG in 2006 at the age of 23. She was a teacher at Goroka Grammar School then. She comes from a mix parentage of Milne Bay and Bougainville.

As a young girl, it was always her dream to become a lawyer. Genevieve took the long way around. Her journey to reach her goal started with a flight to the University of Goroka to undergo a teaching degree.

In 2006, Genevieve graduated from UOG with a Bachelor of Education. After working for 10 years, she enrolled at the University of Papua New Guinea (UPNG) in 2016 to commence Law studies.

The mother of two had a fulltime job while studying. In between, she would attend lectures and then rush home afterwards to take care of her household like any parent-teacher would.

She was greatly challenged with a lack of sleep, getting to work on time, finishing school assignments and juggling family chores.

It took her an extra year to complete her studies because she was a full-time employee as a Judge’s Associate until 2019 when she had to put her job aside and focus on her studies full time.

In 2021 she graduated with a Law Degree and commenced her 7-month training at the Legal Training Institute (LTI).

On January 30, 2022, she was admitted to the bar and is now a certified lawyer. She earned three awards for hard work and perseverance.

Roberts said it was such a relief to finally be a certified lawyer.

The former Miss PNG said she was fortunate to have had a strong support system; people who pushed her to give her best.

She has encouraged others to never give up on their dreams, no matter the age.

“Age is just a number. At the end it will be worth it. And when you look back, you will realize that at least you tried. Because trying is better than wishing you had done it,” said Roberts. 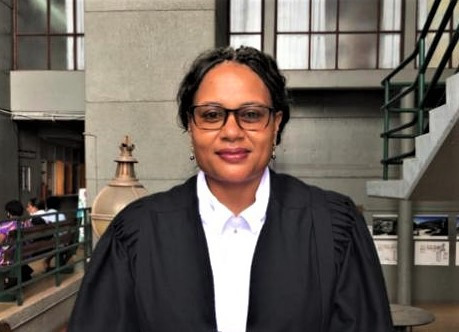