The Minister for Petroleum and Energy, Mr Kerenga Kua refuses to be drawn into a debate involving the Post Courier story titled “US$100m demand for gas project”. But firstly, he said, he has spoken to the Prime Minister James Marape who has confirmed that nobody is negotiating any personal benefits out of that P’nyang Gas Agreement negotiations.

Prime Minister Marape categorically denies any insinuation that anyone is entering into this negotiation for a personal benefit. However, the second but important thing is that the story was deliberately planted by foreign interests through a foreign owned media company, Post Courier to discredit the State Negotiating Team (SNT), and to drive public opinion against the State even before negotiation has commenced.

Mr Kua said, the negotiation for P’nyang Gas Project between the SNT and Exxon starts today at 10am. Remember the Post Courier is owned by Developed nations. It is here to defend and advance their political and economic interests.

Post Courier has acted precisely on que to destabilize the SNT just before our very own senior public servants step into the room on this momentous occasion. Lets not fall into the trap set for us by highly sophisticated propaganda machinery of the developed nations.

Today, I ask each one of us to rally behind our very own SNT. The Term Sheet has been seen and approved by me as the Minister, the P’nyang Ministerial Committee, and finally the Prime Minister, in that sequenced order, and all of us are satisfied that the content and procedure we are adopting are all in accord with our laws. SNT is not acting alone.

Let me also emphasis that we must also refrain from being drawn into a public debate in individual terms and conditions on the Term Sheet. These are confidential matters that have to be confined to the negotiation tables to protect and preserve all parties strategic advantages. Let us refrain from that.

However, Mr Kua said, for the avoidance of any further doubt, there is a difference between the grant of a Licence, and negotiating a contract (like the proposed P’nyang Agreement now being negotiated).

Because this is a proposed Contractual Agreement one can ask for whatever one feels is economically justifiable to the nation. The other side can reject it at the negotiation if it disagrees.

And who owns the other 80% of the equity? Foreigners. You can classify those billions that we pay as BDGs, IDGs etc as success fees indirectly for the benefit of the 80% shareholders. It is facilitative of their 80% shareholding to move into fruition and profits.

And there is no mechanism specifically built into those projects agreements for the 80% shareholders to refund all those billions to the State.

Mr Kua asked, would it not be nice if the State can claw back a tiny little bit of those billions? Further, where is the equity if we pay success fees on account of the 80% shareholders going into the billions of kina, and still paying, albeit indirectly, and yet we should deny ourselves a minute reimbursement?

Everything must be seen in its full context.

Mr Kua said, he has just met the Prime Minister who has expressed surprise that anyone should be attempting to leak classified State information out to the public on the eve of commencement of the negotiations.

Mr Kua said that what Post Courier has done boarders on unlawfully procuring classified State information, as well as attempting to commit an economic sabotage of an important economic project that will potentially improve the living standards of millions of people in this country.

The whole of State machinery is looking into Port Courier’s behavior in this instance. The means by which they obtained any information, and the timing of their publication just hours before the SNT enters the negotiating room at 10am today, all raises serious questions about Post Courier underlying motives and their loyalty to this young nation.

With the mighty twin Orchids and Kumuls victories in rugby league yesterday, why don’t we go behind the SNT this week and deliver a 3rd Victory to our beloved country. 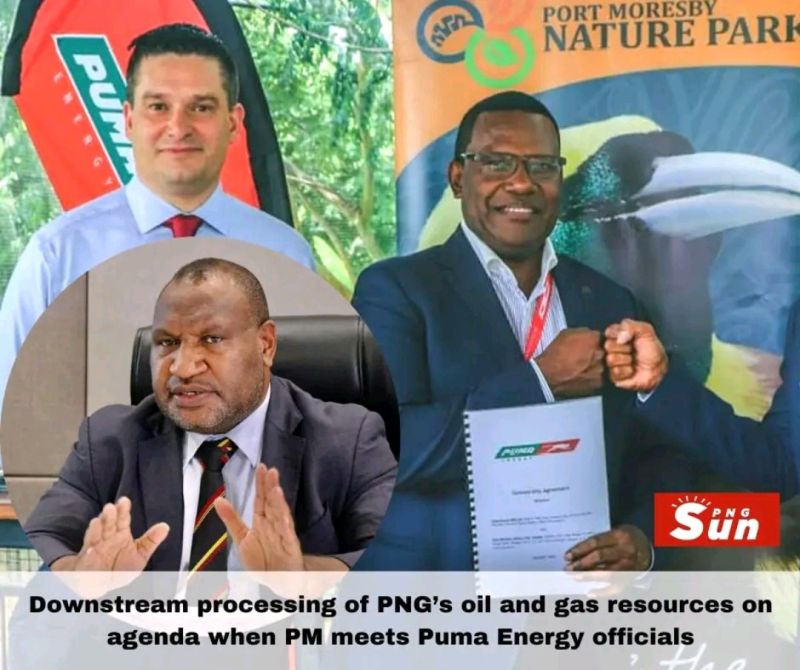