Murdered in Cold Blood – Sadly Leaving His Newly Married Wife & Six Months Old Child. Below is a heart breaking piece written by his wife and the detail story of how this murder happened. Papua New Guinea News and Happenings today.

We wanted our Marriage Certificate without knowing that we'll exchange our Vows. We looked into each others eye and cried reciting our Vows without any of our biological relatives. 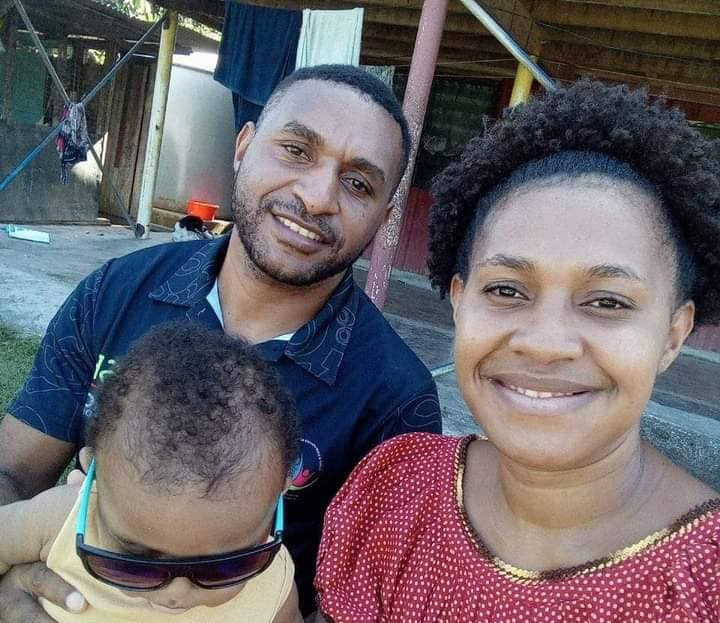 It's being just two of us since we decided to start a family. I was supposed to be in plane flying home the next day when you begged to you knees asking me if I could be your wife and i did agree.

Though our families weren't ready for our decision, we lived up to what we wanted. It's being just two of us everytime, it's being only you in times of pregnancy, delivery and post natal.

I was diagnosed with Mixed Infection Malaria when I was just 10wk/40wks. I had malaria relaps every month & babe, its only you who had stood by my side every time till Faithen was 3 months old.

You have so many absentees last year and that has affected your job so as mine too, it's just two of us till I was due to have Faithen. When I was due for Faithen, babe, it's being you alone that we do peri exercise, deep breathing exercise and 4hrs warm bath before going into deliver without any complications.

It's being only you who cooked 2 to 3 times a day to come visited us in hospital. Babe ho babe ho, me2pla yet save stp ya. You save tok life blo me2pla m living testimony blon me2pla ya 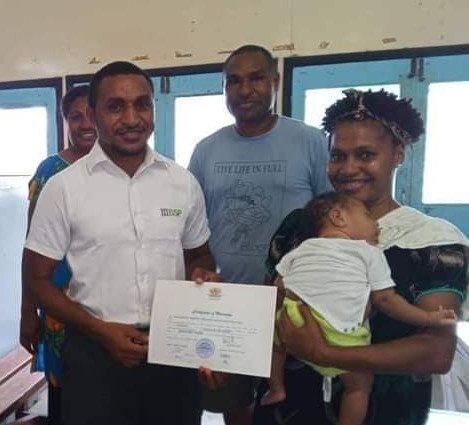 You always advise me to stay forced and never to look at our current crisis and life, rather to forced on where we're heading, Bae hoo...

It's being just two of us so olgeta baby bottle you save wasim, all the night baths for Faithen you save wokim, you learn too fast too be a Father. Faithen, cry long night time u2pla yet save stap na me save sleep ya.

Papa Antap oh, me laikim Babe blo me Kam Back lon mi Please. Heaven is full of Angles and Saints, please send me back my Babe. 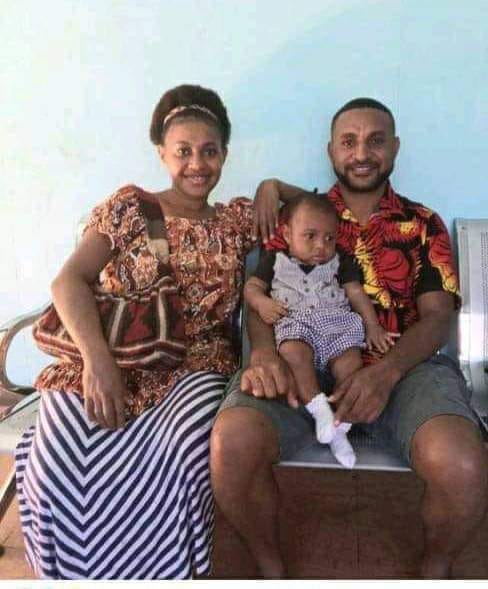 This young man by the name of Jonathan Kiap was murdered in cold blood by Thugs in the very heart of Kokopo town in East New Britain Province.

The deceased was from Western Highlands Province in Neblyer Distinct. He was an employee of BSP in Kokopo.

How the incident happened was that the deceased and his big brother were walking down the road (coastline) heading towards golf club in Kokopo.

While they were walking, a man passed by in-between the two & bumped them. From there they started arguing and eventually, they exchanged the punches.

Unfortunately, the big brother of the deceased fell and pumped his head on the cement and got unconscious for almost 30 seconds.
While he was laying unconsciously, the Thugs threw sticks, stones & cements on top of him.

Fortunately, he has a big body & physically fit so he got up and ran after his brother (the deceased).

They ran up to the Kokopo market, which is one of the best structured market in the whole Papua New Guinea. From there, they got separated and the big brother of the deceased ran towards the market authority's office seeking for help while the deceased ran to the place where there sold the market goods.

From there, the Thugs came after and surrounded the deceased and without fear or whatsoever, they just stabbed him with a screw driver in his throat, right in front of the market. They again stabbed the deceased three times in his rib side..

From a distance, the big brother witnessed the killing of his brother.

After murdering the deceased, the Thugs then turned and pointed at the deceased brother who was watching them from a distance & they said "narapla yah" & they ran towards him.

The deceased brother in fear of his life, he ran straight into the market authority office. He got inside & locked the gate and grabbed hold the iron bar with his hands preventing the Thugs from coming in.

The Thugs came and kicked the gate, trying to break through but they were unable so they left immediately.

After that the deceased brother ran down to the police station, the police went up & took the body & headed to Nonga hospital.

Unfortunately, he passed away..

Sadly, late Jonathan (an innocent young man) has left his newly married wife and his unborn child behind.

Note:
We are living in times where people have no fear at all to take someone's innocent live.

There are savage people populating the urban streets of Papua New Guinea.

Aimless beast who hunger for blood. They would kill you without a good reason. Therefore, please be careful fellow citizens of Papua New Guinea, our country is no longer safe move around freely.

On Behalf of the Reporters of Freelance Journalism Page, we would like to Pass our Deepest condolences to the Immediate families, friends, relatives and the Wife of Late Jonathan.

May God Almighty Gives You Peace in this Time of Sorrow.