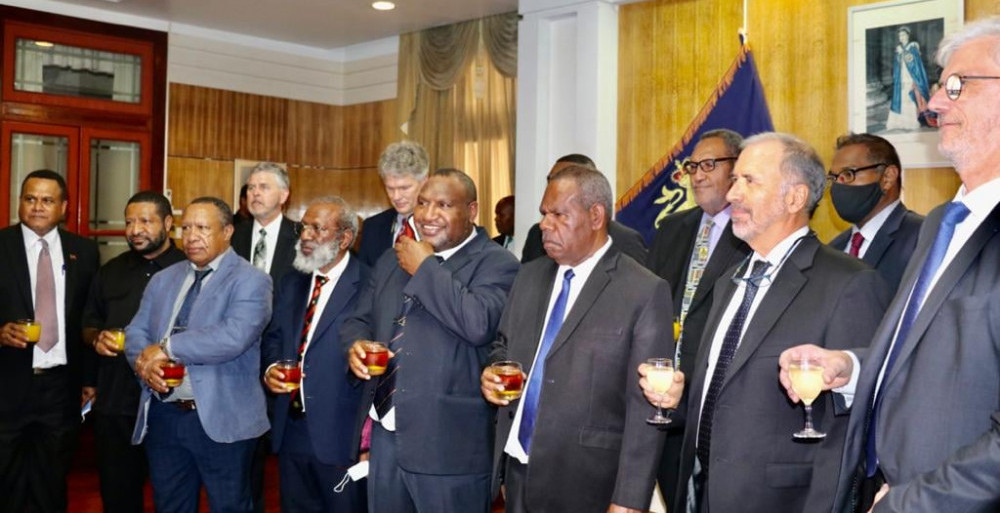 PAPUA LNG TO PROCEED AS A STANDALONE PROJECT

The Papua Liquefied Natural Gas Project or Papua LNG, which will be developed in the Gulf Province will be a standalone project.

Petroleum Minister Kerenga Kua made confirmed this after signing the Fiscal Stability Agreement between the State and the developer, in Port Moresby yesterday.

The project to be developed by French multinational integrated Oil and Gas Company, Total, will be working alongside ExxonMobil and Oil Search to develop the country’s second LNG Project, following an initial agreement by the O’Neill led government in April 2019.

Minister Kua, also took time to explain why there was a delay in moving the project forward, despite the agreement signed 22 months ago.

”The reason was that there was an opportunity to join that potential project in Pn’yang with the signed Papuan LNG combined them and do them together as a joint project.

”So, every opportunity has to be given to the project partners to explore that option.

”After 22 months it was felt that we should delink the two projects, Papua because it was a free executed agreement its capable of proceeding as a stand-alone project, Pn’yang can follow its own pace after this event,” Kua explained.

Meanwhile, the TOTAL Managing Director Jean-Marc Noiray said the signing of the agreement is a start of a long process to develop the Papua LNG Project, and it will take another five or six years before the country’s second LNG project start exporting gas.

The signing was witnessed by Prime Minister James Marape, representatives from the United States Embassy, Australia High Commission, and other State Departmental Heads.