THE GOVERNMENT OF PAPUA NEW GUINEA APPEALS ON BOUGAINVILLE BREAKAWAY

Prime Minister James Marape has assured Bougainville leaders and its people that referendum results will be taken to Parliament before 2025 but at a time they are ready.

Mr Marape, however, has strongly asked Bougainville leaders and its people to allow the rest of PNG to have their say on the “breakaway” of Bougainville before they take it into Parliament for ratification.

At the official welcome dinner hosted by Enga Governor Sir Peter Ipatas at Sopas Nursing College on Sunday night, Mr Marape appealed for Bougainville to see through the lens of every Papua New Guinean, who will have their say through their national leaders.

He said the security of the sovereignty of the country and its people was paramount.

“ The 2001 BPA was a masterclass. I was not there when it was signed and I was not yet a politician.

“I did say in Bougainville in September 2019 that I will take this result, as Member for Tari, and so that all the MPs can have or engage as much as possible.

“This issue is as far as the future of Bougainville is concerned.

“The matter will be brought to Parliament at a time we all agree.

“You see, Enga shares the border with East and West Sepik, Southern Highlands, Hela, its not black vs brown, but we are black, brown, yellow, we are red too, we are a nation of bright colours but we remain united for so long.

“For me, when I look at the PNG perspective, I worry every night in case a bigger tribe, as for this case, Enga Province, that speak one language, 600,000 of them, in case they think they have a pot of gold in Porgera they too want to become independent, that’s my lens and I am looking into that one.

In case another island province will step up with a mountain of gold somewhere, they too want to get independence.

“The security of the sovereignty we have is important, while we allow Bougainville to remain outside of the constitution of the National Government.

“I need to secure the rest of the country… but we will see through the struggles.” 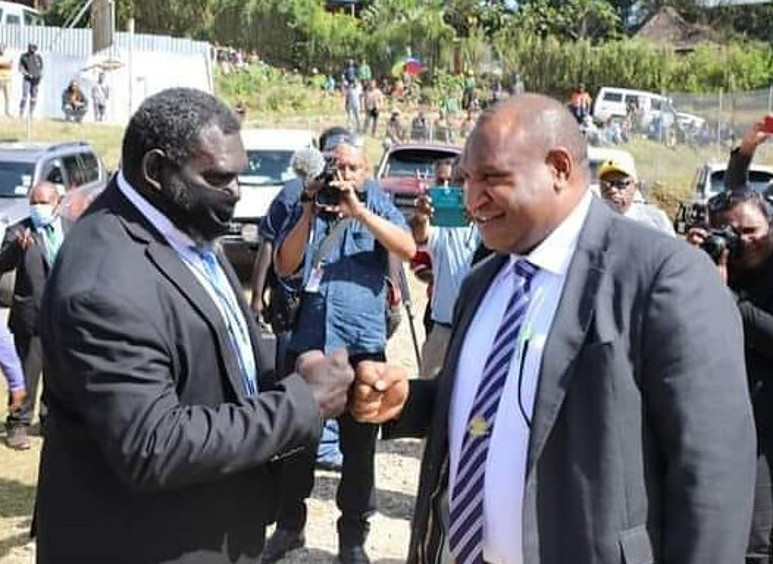