PM Marape said from Singapore: “With global consciousness of fossil fuel-induced global warming, clean green energy is the way to moving into the future and this meeting follows on the Head Agreement Papua New Guinea has signed with FFI to progress investment in this energy sector.”

PRIME Minister James Marape has given details of his weekend trip to Singapore. In his first official trip following his re-election as PM, he took the trip to pursue the frontier breaking clean green energy deals he has been championing over the last two years.

Prime Minister Marape met with leaders of Fortescue Future Industries (FFI) in Singapore on Sunday to progress the talks further.

PM Marape continued these important trade and investment conversations, including those on Papua LNG, Pasca LNG, P’nyang LNG and also to get Porgera and Wafi-Golpu sanctioned.

PM Marape said from Singapore that FFI had voiced its intention to partner Papua New Guinea in a big way to harvest clean green energy from both hydro and geothermal sources as well as move later down the line into solar and wind energy production.

Currently, FFI has identified and set up project sites in Gulf Province for hydro and West New Britain Province for geothermal work and has been working in these areas since the signing of two important agreements since 2021.

PM Marape said from Singapore: “With global consciousness of fossil fuel-induced global warming, clean green energy is the way to moving into the future and this meeting follows on the Head Agreement Papua New Guinea has signed with FFI to progress investment in this energy sector.”

“The Singapore office will be given more support in that context in partnership with Investment Promotion Authority, the Kumul companies, National Fisheries and Forestry authorities, and our Agriculture and Livestock departments so that it coordinates export and trade into the lucrative Asian market of over 2 billion people who need food and energy, and products PNG can mass produce into the future as we are planning under my government,” PM Marape said.

The Seven (7) MUST follow WEBSITES for Papua New Guinea and Pacific content. Many people do not have the time… 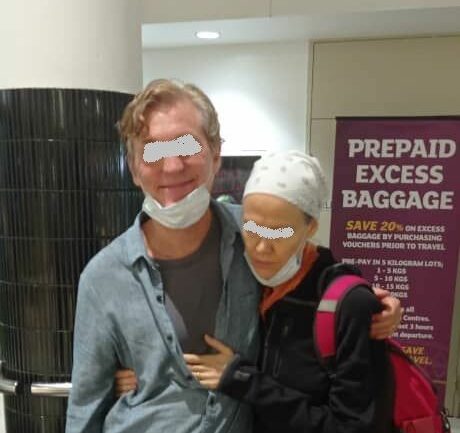 Papua New Guinea ‘s Notorious lawyer and serial litigator, Paraka has Failed Again in His Latest Attempt to Avoid himself…