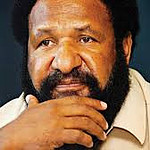 Blessings of love and prosperity to you all!

I am DON POMB POLYE. I have been less active by not contributing in the social media recently. I have only been joyfully listening to the views expressed by our young generation, in absorbing their sentiments.

I do realise in the mind of the young a DESIRE FOR MORALLY UPRIGHT ways of life for PNG-an UPRIGHT life for THEMSELVES, do they crave for!!!.

The inference I have deduced and expressed on social media and talking to many of them is that, the poor leadership that some leaders have provided has hampered their progress and success. The conduct of some leaderships have set very bad precedences that has misled many of them.

The young have been confused as to which is the right example to follow or who would be the correct lifestyle role model to emulate in National leadership, public service, private sector or in other fields.

The success stories are very rare in this country while corruption and failure is very frequent and prevalent in their daily lives.The confidence of many of our young has dwindled. This is very serrious matter!!!

Business, politics, religion, family, traditions, cultures, public service, private sector, professionalism, employment , development and progress, science and technology…etc, NEEDS to be founded on the character of love for one another, and belief for HARD and SMART WORK to earn a JUSTIFIED LIVING, and for nation building!

The belief and livelihood founded on these values regulated by a strong enforcement for the rule of law must be the culture we must endeavour to create for ourselves-NOT ON IMPULSE for materialistic life not earned! BUT ON HONEST HARD WORK!!! The young of PNG desire to see values developed in them!

They NEED values and principles to survive the competitive global environment. BUT, WE LEADERS; MANY OF US HAVE HAVE FAILED THEM. We must correct it.

The challenges are many! It will take many Governments, inclusive participation and shared belief and wealth to come out of the doldrums some leaders have created for this nation.

So many are the issues where I believe we in leadership have UNFORTUNATELY misled or failed the nation by, but I want to raise ONE fundamental error or flaw I have witnessed in the Parliamentary leadership culture. In this Parliamentary behaviour, many MPs conducts undermine the strength of national leadership and devalues the purpose of parliament .

IT IS THE CULTURE OF JUMPING FROM ONE POLITICAL PARTY TO ANOTHER FOR THE LUST OF PERSONAL BENEFITS USING THE NAME OF THE ELECTORS AS CONVENIENT DISGUISE!

The behaviour is very childish, foolish, unintelligent and unproductive which must be STOPPED IMMEDIATELY!

It has become so common for elected MPs , leaders of Political Parties and Ministers, backbenchers and Governors switching political party affiliations so abruptly in pursuit of the greener pasture. I have seen MPs offer themselves for money to join another Party or those in Government.

In the same token, leaders of political Parties offer and buy MPs with cash to lure them to join their political parties. I have witnessed so much money involved. I have also witnessed that so many deceitful lies were told.

I have further experienced so many deceptions taking place so many unnecessary shrewdness and political brutality is occuring on the floor of Parliament. These behaviour or culture illustrates the following in my opinion:

1. Lack of true leadership qualities if one sells oneself and if one buys the one selling. MONEY superimposes leadership and plays the fake leadership role for those who were never leaders but somehow were occupying leadership positions.

2. Such behaviour leads to corruption and breeds more corruption. The politican endeavours to serve the donors ahead of the electors, leading to the break of constitution and other laws, embezzlement of public resources, devising and conniving for corrupt business practices that compromises national and electors interests.

3. The state institutions and good governance stands less chance of survival as the politican is forced to..or decides to become everything! Good governance, transparency and accountability erode into oblivion.

The politican when awakens to the reality that the public service is not delivering , he criticises it and creates parallel systems escalating costs of operations.

4. The politican connives and corroborates with weak , crawling, sucumbing , likeminded politicians, public servants and businesses to organise exorbitant contracts to serve their interests where so much public money is abused and wasted. Junior officers in the echelons of the systems of governance help themselves too lest they miss out on the robbery taking place upstairs.

5. Others join in to participate unknowingly…in the corruption. Some of our Churches and judges join in…in the squandering , misappropriation and ongoing scams in amassing public wealth as if their own. The sickness spreads far and wide in society becoming entrenched systematically and systemically.

6. The situation described in (1) to (5) above leads to the election of MPs during elections where the corrupt systemic and systematic cohorts already placed as managers control the election process to ensure more crooks and criminals are elected or re-elected.

Some good leaders make it through very difficult circumstances to win some seats on the floor of Parliament. Such good a leader’s life is an uphill battle against the abomination that is already strongly cultured in Parliament.

7. The cycle repeats and perpetuates to reflect the folly and poverty that PNGeans have seen only exacerbate and worsen over the years without any remedy.

This unproductive Parliamentary behaviour must end immediately!!! The Nation demands and expects the MARAPE – STEVEN GOVERNMENT to CREATE a NEW TREND now before the 2022 elections is up. Prime Minister James Marape and Deputy Prime Minister Davis Steven do have this opportunity in their hands to create positive change.

They have no excuse. They have every valid reason to take action. PNG demands it! It is a needful change. The change must be done because it is a NEED. The young; our future politicans , prime ministers, ministers, political party leaders, MPs etc are watching the present Prime Minister and the Deputy Prime Minister to change the poor precedence set in the past.

The MARAPE – STEVEN GOVERNMENT must be the EXAMPLE for the young to emulate as their role model. The following must be delivered:

1. Enact laws to segregate MPs in the Opposition and Government by policy and principle. For instance, those who fall under the general SOCIAL DEVELOPMENT of PNG as the driving pillar policy or their Priority Policy should be by law placed under one grand coalition of political parties. But those who believe in CAPITALISM or PRIVATE BUSINESS INVESTMENT as the driving policy perspective should be by law confined to a grand coalition of political parties who embrace this policy.

There maybe many parties formed and available like we do now but these two main beliefs in political and government system should separate the two sides, the government and opposition. ( The Registrar of political Parties will perform the duty of segregating political parties to their grouping by their policies).

1.1 The REMOVAL OF PNC TO THE OPPOSITION YESTERDAY BY PMJM to the Opposition is THE CORRECT DECISION to reflect the point raised here. The former PRIME MINISTER HON PETER ONEILL was more towards CAPITALISM by the conduct of his Government in the 7 years that PNG experienced.

He focussed on private sector promotion and capital investment. He promoted businesses, built infrastructure to support private business investments more than development for the mass people. As a result one or two business centres grew more rapidly than others during his reign.

The current Prime Minister James Marape is more a SOCIALIST, a leader who believes in the people, individuals, mothers, children, families, christianity, indiginous people, and spiritual development in the minds of PNGeans . PMJM is PROVEN to be a leader who is CAPABLE of GIVING MORE WEALTH BACK to THE PEOPLE MORE than owned by few PRIVATE hands.

PMJM portrays leadership such to make individual PNGeans more prosperous and more wealthier from ownership of wealth by all citizens over PETER O’NEILL’S inclination towards making individual businesses richer and wealthier. No wonder these two men broke up!

Now, I am not saying one is right and the other is wrong. I am describing what we the majority are reading before us. Therefore PMJM had to REMOVE PNC PARTY AND PETER O’NEILL TO THE OPPOSITION.!!! Keeping PNC and its leader in the Government ranks is too perilous.and so risky.

NEVERTHELESS, FORMER PMPO DID NOT NEED TO WAIT FOR THE CURRENT PMJM TO SACK HIM AND HIS PARTY FROM THE GOVERNMENT..!!!.THE FORMER PM ONLY NEEDED TO TAKE UP THE OPPOSITION BENCHES ON PRINCIPLE voluntarily.

So the PANGU PARTY vs PNC PARTY leadership is what the nation would like to see lead PNG from either side of the house! The nation wants to see PNC PROVIDE STRONG LEADERSHIP in the OPPOSITION. The RULING PANGU PARTY must LEAD CONFIDENTLY AND STRONGLY THE NATION. PNG must be led by the strength of balanced parliamentary democracy and leadership! The country depends on PMJM to show overall Quality leadership as the Executive arm of Government. The nation believes that PMJM will deliver his convictions !

2. The nation is very much expecting Prime Minister James Marape and his Deputy Prime Minister Davis Steven to illustrate how they are cleansing the country of corruption. For instance, the ICAC law, the WHISTLE BLOWERS law, and REFORM laws must be enacted before the 2022 elections. Electoral law and election processes must be strengthened to have genuine leaders elected in 2022 .The nation expects to see wrongs done to the people corrected by way of arresting corrupt decisions and practices. THOROUGH and SWIFT INVESTIGATIONS or STUDIES MUST be conducted on the following:

i). Porgera gold mine impacts on social lives of the people of the SML area and Porgera Lagaip district over the 30 years.

iii). The purchse of Motukea wharf facilities, the construction of the soccer stadium. The present status of old Ports PNG wharf at the waterfront.

iv). Controversial infrastructure , roads and bridges construction in the country.

v). The Delivery of drugs, pharmaceuticals and essential medicines to the rural aid posts and rural health centres in PNG.

vi) Speeding up of the UBS loans ENQUIRY.

vii) Other investigations done in the past recalled and need to have their recommendations implemented.

Enough is enough, seems to be the anger arising within the innermost mind of the people. The whole nation, especially the young people are getting frustrated. They are tired of seeing corruption and lack of the correct action by governments and leaders an ongoing phenomenon.

Nonetheless, today could be the people’s day of at least kindling some spark of hope in their hearts whereby a government actually showed some care for them by combating corruption in the approach suggested here.

The Prime Minister, James Marape and the Deputy Prime Minister Davis Steven can not afford to, not address these glarring issues, unless they are no different to the maddening crowd of false leaders we have seen time and time again interested only to enjoying their own pleasure and comfort at the suffering of their people.