Porgera Gold Mine: Those that took over government after the 2002 general elections till 2012, were responsible for the stagnation and corruption that destroyed the potential of creating success stories similar to Singapore’s Temasek and Malaysia’s Petronas. 10 years of lost opportunities for SOE success. Sam J Kaupa.

WE HAD 25% OF PORGERA IN THE 90s. WE MERGED IT WITH A K2 COMPANY WHICH CREATED PNG FOCUSED AUSTRALIAN OIL AND GAS COMPANY, OIL SEARCH LTD– AND NOW WE WANT PORGERA BACK AT COST – A TALE SHROUDED IN HIGH LEVEL CORRUPTION AND CONTROVERSY MASTERMINDED BY GREEDY POLITICIANS AND THEIR COHORTS.

When our forefathers gained independence in 1975 they established the Mineral Resources Development Company Limited (MRDC) which was 100% owned by the Government of Papua New Guinea.

MRDC was incorporated on 27th May 1975 under the Companies Ordinance 1966. It was not until 1981 that it became fully functional as a company entrusted with the duty to manage mining and petroleum resource equity interests on behalf of the State and Landowners.

It was the ultimate State Nominee to acquire the State and Landowner equity interests in mining and petroleum projects and to manage the equity funds for landowner companies from the major resource development areas of PNG.

In 1996 during Sir Julius Chan’s term as PM, MRDC was subjected to a partial privatization of its major interests resulting in the creation of Orogen Minerals Limited (OML), of which MRDC held 51 percent controlling shares while other major corporate bodies and individuals collectively held the remaining 49 per cent in OML.

OML at the time was a holding company which controlled stakes in Papua New Guinea resource companies. The Company had a portfolio of high valued assets developed by subsidiaries of major international resources companies.

The Porgera Joint Venture (PJV) was created in 1988 with the shareholding split between Placer Pacific (30%), Highlands Pacific (30%), Renison Goldfields Consolidated (30%) and the PNG government has a small 10% equity.

At the time, the government also owned 20% of the Ok Tedi mine and 19.1% (free carried equity) of the Panguna mine in Bougainville.

The PNG government through OML held only 10% equity until after the 1992 national elections, Paias Wingti became Prime Minister and staged the infamous Porgera coup when he demanded a further 20% (to bring it up 30% -the state’s equity right) of the operation after claiming the government had been duped.

After six months of turmoil and negotiations, a deal was reached and 5% from each of the 3 shareholders, totaling 15% were SOLD to the government. So PNG Gov’ts OML (through MRDC) had a share of 25% in Porgera.

All the other partners had 25% each – Place Pacific, HGL and RGC.
Subsequently from that highpoint of 25% in government hands, 5% was divested to the Enga Provincial Government and the landowners and the remainder progressively diluted over five prime ministerial terms (Chan, Giheno, Skate, Morauta, Somare), reaching 0% in 2003, when DRD Gold, then operating the small Tolukuma UG mine, acquired the last parcel
How it went from 25% PNG ownership to 0% in just under 10 years?

In April 2002 (just before the general elections) during Sir Mekere’s reign, the government facilitated the merger of Orogen Minerals and Oil Search Limited (OSL), but MRDC retained an 18.1% stake in the new merged company (named Oil Search). 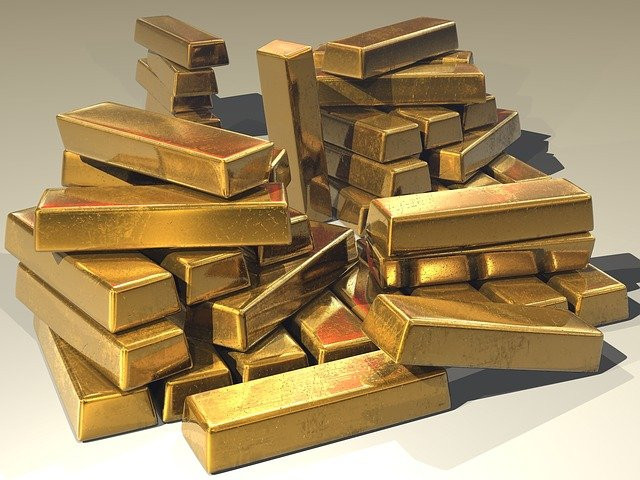 Australian firm Oil Search merged with PNG’s Orogen Minerals for a mere $1.4 billion under some dubious deals with those at the helm of Orogen Minerals.

Corrupt PNG official and those in power at the time sold the Orogen Minerals who OWNED PORGERA’s 20% to OIL SEARCH (5% was divested to EPG and LOs).

The merger gave Australia’s Oil Search a 37-percent majority stake in the US$3.5 billion PNG to Queensland gas project led by Exxon Mobil Corp and access to significant oil and gas assets in PNG including the Moran oil fields.

It also created Australia’s third-largest energy company with a market capitalization of A$1.4 billion.
Did this PNG to Queensland gas project ever take off? NO. So who benefitted in this merger? Oil Search Australia and corrupt PNG officials at the time.

So the new group, called Oil Search, became the largest listed company in PNG. “This merged company had enough muscle and had a real influence on both building up production from the existing oil producing wells in Kutubu and Moran and had a more aggressive exploration program – Oil Search chairman at the time, Trevor Kennedy told reporters that Oil Search would offer 1.2 of its shares and 45 cents cash for each Orogen share, valuing Orogen at A$1.97 a share or A$632 million.

In summary, Orogen Minerals was merged with Oil Search without any proper valuation. Orogen Minerals had real assets. Oil Search didn’t have assets except a 37% majority stake in a hypothetical US$3.5 billion PNG to Queensland – which never eventuated.

And they were merged for a lousy A$1,4 billion as Orogen’s low debt and strong cash position gave Oil Search much-needed access to funds for further expansion which they did.

Oil Search cashed in on that deal, a deal that was EPS (earnings per share) positive and certainly gave them a good production boost. The obvious physical attraction for Oil Search was the cash.

Analysts also said it would make the group more attractive to predators willing to tackle the risky PNG market.
Oil Search’s initial priority was the PNG-Queensland pipeline project, with long-awaited agreements with gas suppliers expected to be finalized shortly, as well as plans for PNG equity in the project.

Don’t also forget that the Government owned 20% of Porgera through Orogen Minerals until the merger with Oil Search who offloaded the shares to DRD of South Africa.

OSL focused on oil and gas and divested OML’s mineral assets after the merger deal was bedded down. OML shareholders held about 34 percent of the expanded Oil Search under the merger, with the remaining 66 percent held by current Oil Search shareholders – an unfair deal when they had no assets at all.

The largest shareholder of Orogen Minerals – PNG government, went into election that year – 2002, with its 51 percent stake in Orogen diluted down to 18 percent in the new group, Oil Search. An existing 15 percent cap on non-government shareholding was removed.

Botten at the time said that the deal would be earnings per share and operating cash flow per share accretive, but refused to give further details.

Orogen made the sale to take some of the pressure off the funding requirements associated with its stake in the PNG to Queensland gas pipeline project and to allow it capitalize on other PNG mineral assets that were likely to be up for grabs.

After the demise of Orogen Minerals, the remaining State’s equity has since been transferred to Petromin PNG Holdings Ltd, so the focus of MRDC is now the management of the Landowner equity interests in both mining and petroleum projects.

Petromin then screwed up big time by investing K375m of debt into the now failed Solwara 1 project through Eda Kopa and ran Tolukuma Mine down to ground by inexperienced ex public servants to run the mining company, which was subsequently sold to a Singaporean K2 company with interest in night clubs. The saga continued.

MRDC was again restructured in 2007 under Somare, with the formation of Petromin PNG Holdings Limited, which took control of the last State asset, the 20.5% equity interest in the Moran Petroleum Project.

As a result of this restructuring, MRDC’s chief role became the management of Landowner and Provincial Government interests.

In 2008 one of MRDC’s managed subsidiary companies Mineral Resource Lihir Limited (MRL) exited from MRDC with 4.84 per cent equity interest. 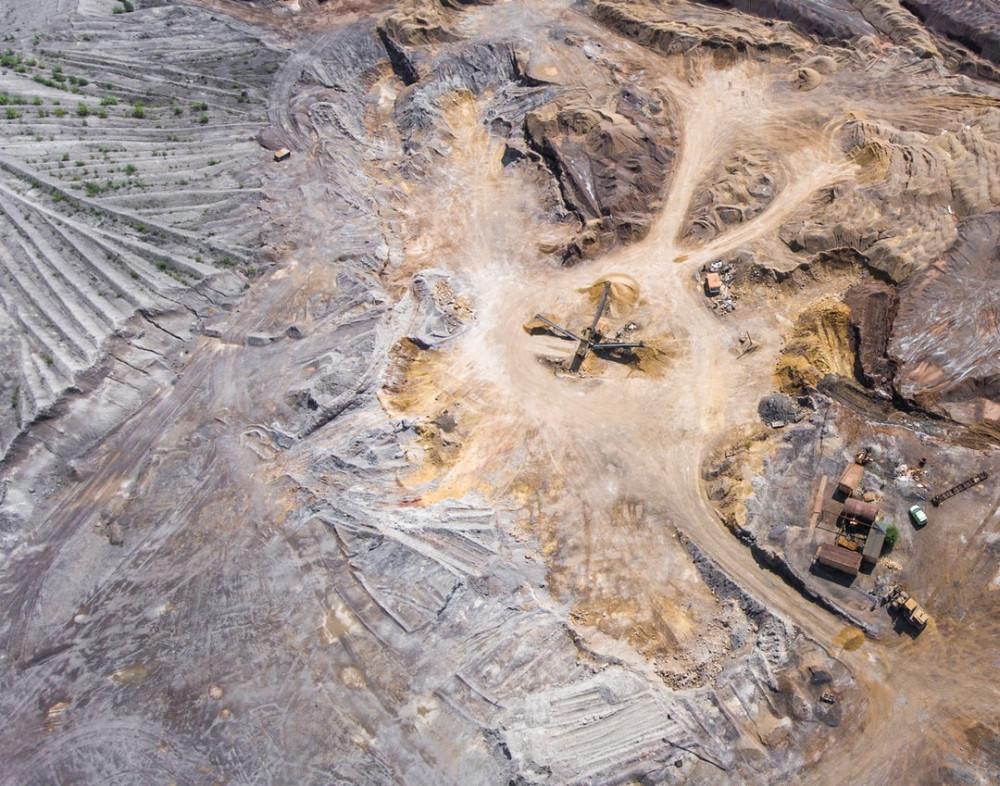 In summary, Oil Search saw the immense opportunity in the PNG oil and Gas industry, cooked up a hypothetical PNG to Queensland Gas pipeline project with Exxon, colluded with some PNG government officials and merged a high valued PNG people owned company, Orogen Minerals (who had 20% of Porgera) with an Australian K2 company, Oil Search whose only “asset” was a 37% equity in a hypothetical gas pipeline project from PNG to Queensland.

That never existed up till today.
By merging with Orogen Minerals, their market cap increased and they had access to all oil and gas projects, and mineral projects which they later divested.

That was the start of Oil Search and Peter Botten was there from Day 1. The misconception that Oil Search was here for the last 90 years and invested heavily in PNG is a fallacy.

Chevron was the one who did all that and after OML merged with OSL, OSL bought out Chevrons shares in those oil and gas projects in the SHP. OSL never brought anything to the table right from the start.

This make this Australian listed company the biggest player in the PNG Oil and Gas Industry who started from a fraudulent merge with Orogen minerals (who had 25% equity in Porgera).

Privatization, corporatization and mergers during late Sir Mekere’s reign as PM – 1999 – 2002.
Our forefathers set up system which were thoroughly thought out, designed and established on par with the world’s best but these have been destroyed overnight by stupidity recklessness.

In exactly the same manner, prime ministers, ministers and the incompetent people and cronies they appoint to head the SOEs, government departments and agencies are the ones killing the economic aspirations of this country.

They created the IPBC to be take control of ownership and management under the IPBC act in order to insulate against political interference.

They followed the model of the first privatization policy undertaken in the world under Margaret Thatcher’s government in the 80s.

The corporatized and privatized corporations as they were created were a result of the efforts of the Morauta cabinet and a team of PNG statesmen and professionals supported by a small team of international advisors.

Those that took over government after the 2002 general elections till 2012, were responsible for the stagnation and corruption that destroyed the potential of creating success stories similar to Singapore’s Temasek and Malaysia’s Petronas. 10 years of lost opportunities for SOE success.

The KUMUL GROUP now is worth about K30 billion. This group is now going to the dogs with appointments of cronies and bad management decisions.

And massive borrowing whilst mortgaging future earnings. Not long some of the SOEs will be sold just like how Orogen Minerals which held 20% of Porgera was merged with an unknown Oil Search in 2002. And here we are again trying to claim it back.

From that highpoint of 25% in government hands 1992 and progressively diluted over five prime ministerial terms reaching 0% in 2003 and now clawing to take that back through all sorts of means is mind blowing and a lesson to be learnt.

Only in PNG. Paias Wingti has my respect for increasing the shareholding from 10% to 25% and divesting 5% to EPG. Sir Mek’s privatization and corporatization exercise was good except for the merger of Orogen Minerals and Oil Search.

Orogen forced merger created Oil Search, the big Australian O&G company, who we further borrowed money to take shares in it –hence the UBS loan saga and the huge debt we have to pay back.

IT’S A LESSON NEVER TO BE REPEATED AGAIN.

Sam Jay Kaupa
Admin – PNG Mining & Petroleum Forum.
20th June 2021
Note: (I worked for PJV between 1994 and 2006 and witnessed the entire process of the changes in shareholding of PJV and the merger of Orogen Minerals and Oil Search.) 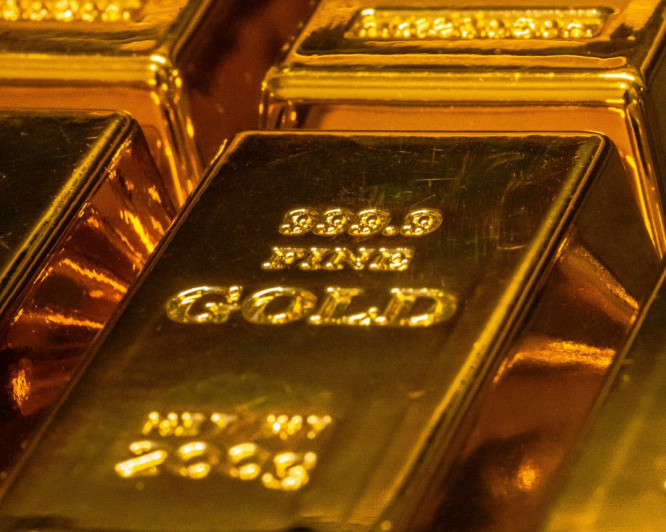