I have seen the social media statement put out by the Acting Commissioner, on the direction of his close acquaintance the current Police Minister, saying there is a warrant for my arrest.

The fact that the Acting Commission would choose to make this announcement in on social media, and not through official representation to my office, is telling that this is a political move.

I was not informed or presented with a warrant to appear anywhere today from any member of the RPNGC.

If this was a serious matter, not a political power play, a formal process would be in place that would have seen legal representation made to my office.

The claims made by the Acting Commissioner are false and fabricated in a clumsy way by the Police Minister and relate to renovations to the Yangaum Health Centre in Madang, which happens to be the province of the Police Minister.

The question must also be asked, since when is it criminal to help community projects for health and education?

If someone has mismanaged the funds, they should be dealt with, not people trying to assist and this nonsense from the Police Minister trying to be a policeman.

As Prime Minister I was never the custodian of the funds sent to Madang for the Yangaum Health Centre for renovations to repair the run-down hospital.

This blatant interference in police operations must be referred to the Ombudsman Commission for investigation and the misuse of power by the Police Minister and his long-time friend and acquaintance that he appointed as Acting Commissioner.

I will make myself available at any time to hear this complaint, but I warn any member of the RPNGC who might be part of the Police Minister’s political unit, to think carefully and respect and honour the oath you swore to our Nation.

This is a time for our hard-working men and women in our disciplined services to remember that you are independent of politics, and should not be part of this Kramer corruption and the misuse of our proud police force.’ 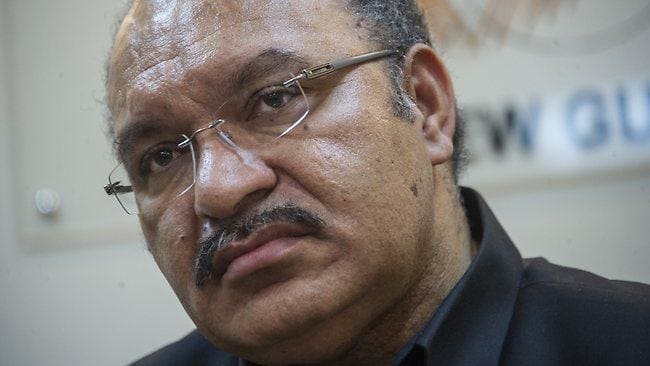 O’Neill Must Not Mislead the Nation

Former PNG Prime Minister Peter O’Neill made an interesting, yet a hilarious comment in reference to his recent warrant of arrest issued by Waigani District Court last Friday.

It appears that 99% of the comment contradicted his own heedless actions when he was in the chair of the Prime Minister. He only makes travesty of himself like what comedians does.

“I will make myself available at any time to hear this complaint, but I warn any member of the RPNGC who might be part of the Police Minister’s political unit, to think carefully and respect and honour the oath you swore to our nation. This is a time for our hard-working men and women in our disciplined services to remember that you are independent of politics and should not be part of this Kramer corruption and the misuse of out proud police force.” (Unquoted)

Public opinion is – when was the last time O’Neill made himself available for police questioning when he was the PM?
He exhausted all available avenues to escape justice even to a point of hiding in the parliament house, sacking of police commissioners and judiciary workers, disbanding Task Force Sweep and defunding important police units like National Anti-Corruption and Fraud Squad.

So for O’Neill to say I will make myself available after shamefully resigned and dethroned from PM’s chair is a welcoming news. Only time will tell!

Every PNGean knows that when O’Neill was in power, police force was never independent.

Look at the O’Neill’s dirty hands at play on the case of former commissioners Fred Yakasa, Tom Kulunga, Jefferey Vaki and Gari Baki plus the lead investigators on his arrest case Timothy Gitua and Mathew Damaru.

Do not request police officers to respect and honour the oath they swore when you are allegedly behind the shooting of unarmed UPNG students to suppress them to exercise their democratic rights.

In 2011, O’Neill and current Opposition Leader Belden Namah illegally applied force to remove Somare regime. O’Neill used police officers in his quest for power. Now he is demanding police officers to respect and honour the oath.

Is he on drug to easily forget his own actions?

Please do not demand police officers to be independent when your own backyard is filled with rotten cases of you politicizing the police force.

The fact is PNGeans knew nothing about Bryan Kramer’s corruption case except for O’Neill’s countless number of corruption cases of mismanagement and white-collar crimes.

Enough of misleading the nation. Clear your name in the court rooms.

The Firearms Amendment Bill 2022 in Parliament, unanimously supported by all MPs, for life imprisonment for unlawful possession of firearms in Papua New Guinea. Life imprisonment…

Peter O’Neill, the former prime minister of Papua New Guinea, was at the epicentre of the controversial $1.3 billion UBS loan that was the subject…