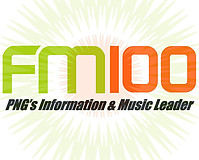 The court held that “If O’Neill was feeling there was nothing serious about the arrest, he should make himself available for a police interview.

“All these running around, are results of people not wanting the system to deal with them.

“He (O’Neill) should present himself for an interview so that he knows exactly what police will be arresting him for, and if arrested, he can still be granted bail.

Justice Kandakasi told O’Neill through his lawyer, Ms Twivey that “anyone could be granted bail unless if they were charged with willful murder”.

O’Neill’s stay application was dismissed on grounds that it was not arguable, and that the plaintiff did not obtain any irreparable damages as claimed in the application.

“I am not satisfied to grant the motion (for stay) filed on February 11, but in light there has been interference from the minister, I cannot ignore that he has failed to weigh out into the specifics of the matter,” Justice Kandakasi said.

In relation to the substantive matter, concerning Kramer’s continuous alleged defamatory posts on social media against O’Neill, as per Twivey’s arguments in court on Tuesday, the court ordered for both parties to return today to assist the court to formulate orders to issue on Kramer for not respecting the law.

Justice Kandakasi said: “It would be interesting to see what police would be doing in relation to the allegations against Kramer concerning the defamatory posts.

“The counsel for police should have advised the Police Minister to stop posting on social media, and to file evidence before this court.

“This is because social media is full of people who are quick to jump to conclusions that will eventuate in defamatory materials being published against both leaders.”