Minister for Justice and Attorney General, Pila Niningi announced this in a statement this afternoon.

“My lawyers have reviewed the Supreme Court decision on 9th December 2020 and we have respectfully view that the Supreme Court had glaringly slipped in its decision. This is a right that is available to us that we intend to exhaust,” Mr. Niningi said.

“At this time, we have filed an application to have the orders of the Supreme Court stayed pending the outcome. Be that as it may, we are prepared to go to the Parliament if we do not secure a bench by then.”

He said “we have had similar questions in the past and the same has arisen hence it is proper for the Supreme Court to authoritatively settle the demarcation”.

He said “the separation of powers is an important tenet of our constitutional democracy and we cannot leave questions like this lingering”.

“We appeal to our people for calm and to conduct yourselves with restraint. We ask our public servants and those in the private industry to go about your duties as you usually do.

Sunday Bulletin’s attempt to get response from the Opposition Leader, Belden Namah on this announcement remains pending. 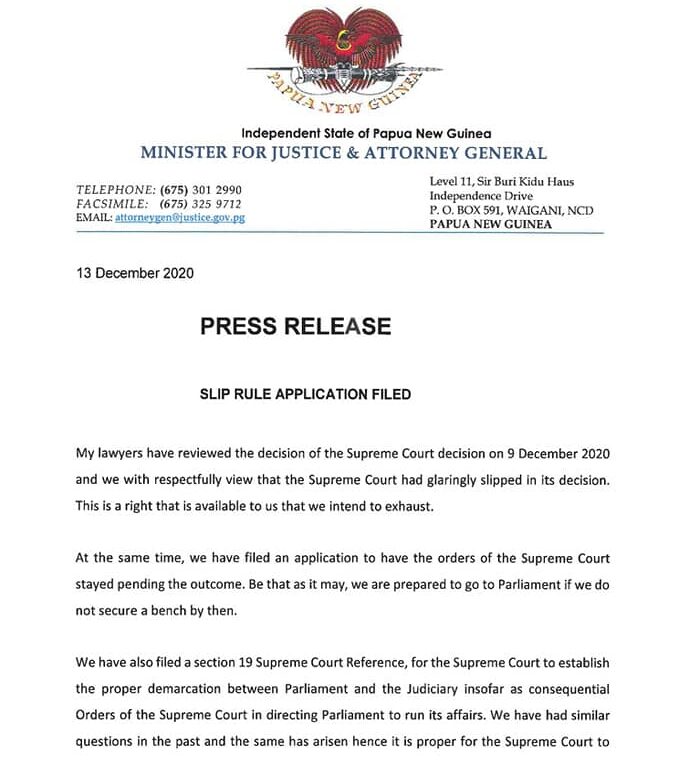 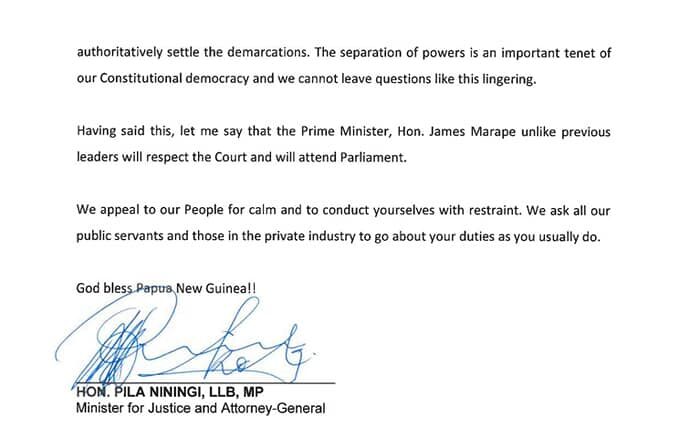 A closer look at Court and its Impact on the Current Political situation in Papua New Guinea.