The Massacre Setting New Trend of Killing in a Tribal Fighting in Papua New Guinea.

Yesterday, I returned from Tari Electorate, Hela Province following a one day trip to assess the situation, following the horrific killing of 23 women (2 of whom were pregnant) and 9 children in the worst pay back killing in our country's history.

In my capacity as Minister for Police of Papua New Guinea, I represented Marape Steven government, to be on the ground, to firstly pay respect to those killed and secondly prepare and provide a brief to the Prime Minister, on circumstances behind the incident - what, who, when, how and why.

Tribal fights are not new in Papua New Guinea and in recent years they have become more prevalent in the highlands region, one may argue they have been going on since the beginning of time.

However since that time the rules of engagement have always been that the elderly, women and children have been off limits.

So killing of innocent women and children in tribal conflicts are unheard of, so last week's merciless killings has changed everything where the immediate concern is that it will become the new trend.

I guess the question everyone is asking, is why did it happen, will it happen again and more importantly what is being done to prevent it from ever happening again?

First issue why it happened.

What people would not be aware of is that there were three separate killings in Tagali Local Level Government last week resulting in total of 29 people and children being murdered. These killing are related to a tribal conflict that has been on going for almost two decades (close to 20 years).

The conflict has been between two tribes, one headed by a man called Oi Kiru, who comes from Pajaka 2 village, and the opposing tribe, led by Libe Koi and his second in charge Ha'gu'ai, who comes from Yaganda village. 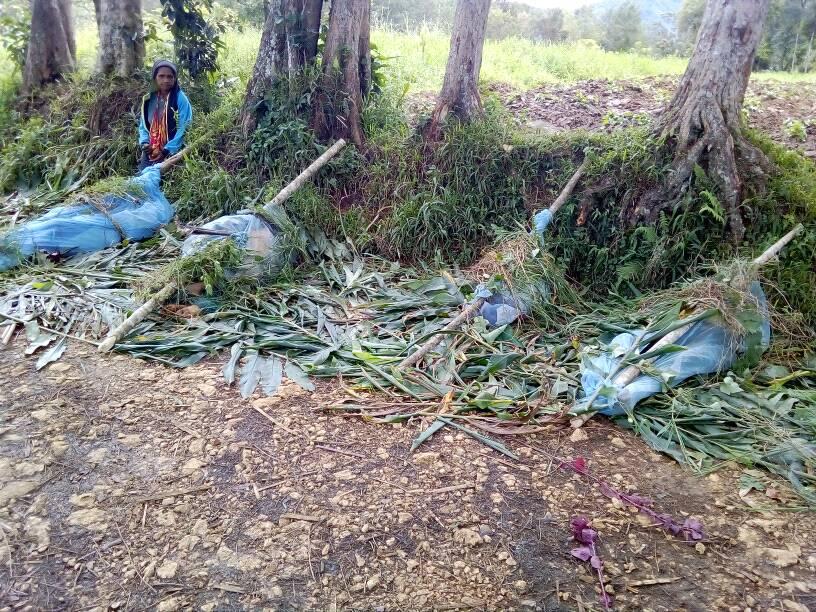 In June 2019, a key tribesman of Libe was killed, his name was Eganada, who lived in Munima village. Usually, when tribes go to war they will solicit the support of surrounding villages they are married into or provide protection to.

In this case, a key ally to Libe was Eaganda from Munima village, who is named after Libe's village. In June he was killed by his own cousin A'gun'ai (a known drug body) over an on-going dispute. It is alleged A'gun'ai killed Eganada and in fear of his life fled to Oi Kiru's village. As the saying goes the enemy of your enemy is your friend.

However, while in the protection of Oi' Kiru’s tribesman, we were told, A'gun'ai with a number of his own tribesman killed 6 of Oi Kiru's clansman including his mother.

They then returned to their village and threatened a nearby village, called Karita, into which A’gun’ai is married, insisting that Karita village pay them protection money or face a similar attack.

Last Sunday, Munima and Karita village got together to stage a peace ceremony offering ten pigs and K4,000 kina to A’gun’ai and his clansmen.

Unbeknownst to them Oi Kiru learning of his mother’s death raided a village near Munima called Peta, killing 3 women and 3 children - they were all shot to death using high powered rifles; pay back killing over the killing of Oi Kiru's mother, the first killing of an elderly mother.

Following the killing at Peta village, tribesman (youths) on Monday morning around 6am attacked Karita Village killing some 9 women and 7 children (two women were pregnant). They were killed after being attacked by a group of young men with machetes (bush knifes).

Why were women and children were attacked Karita village?

Well unable to pay back those responsible for killing in Peta, A’gun’ai being married into Karita Village and from time to time is known to seek refuge there, hence the attack on Karita.

On Tuesday, Members of Mobile squad as well as Defence Force were deployed to the area. Following the Governor of Hela Philip Undialu and my recent visit, the killings have stopped for now; reports indicate those involved have fled the province.

The Governor and I visited both Munima and Karita Village to get a first hand account of what happened and provide an assurance that the Marape Steven Government will hold those responsible accountable.

I had intended to stay overnight at Karita Village, since that was the last village to have suffered such a major loss, however I was advised against it, as Munima Village would expect the same.

Despite my disappointment in not spending enough time in the villages, the fact that the Governor and I were on the ground, prompted the community leaders from Munima and Karita Village not continue to retaliate.

So what happens now?

Following consultation with Provincial Governor, Provincial Administrator and the Provincial Police Commander, including the Acting Deputy Commissioner of Police, David Manning, a platoon from the Defence Force and Police Mobile Squad will be stationed at Munima Primary School to provide around the clock security, to prevent any further escalation of violence.

High-level discussions on a strategic deployment action plan with the use of drone technology and satellite surveillance, will be used to track and apprehend those on the run. An intelligence unit will also be established to gather information from the community.

While a number of plans are being put into action to ensure peace prevails, to prevent such a devastating act of violence in our communities, it is important that for the long term that we find a different way of resolving conflict that rejects revenge but encourages resolution through dialogue.

The Seven (7) MUST follow WEBSITES for Papua New Guinea and Pacific content. Many people do not have the time…

Papua New Guinea ‘s Notorious lawyer and serial litigator, Paraka has Failed Again in His Latest Attempt to Avoid himself…