Response to the Minister for Environment, Conservation and Climate Change MP, Mr. Wera Mori’s Statement regarding Ten United Nations (UN) Special Rapporteurs Letter to the Government of Papua New Guinea on the Frieda Sepik River Copper and Gold Mine in the Sepik Region of Papua New Guinea. 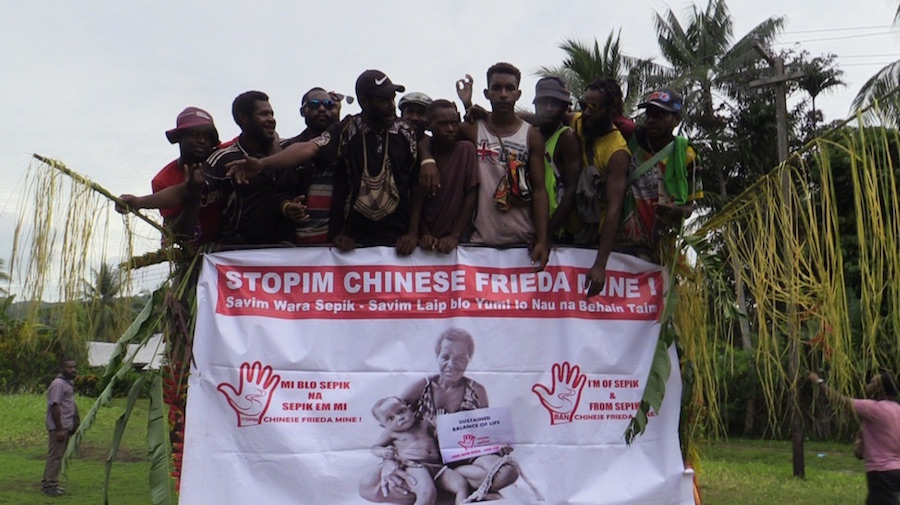 On behalf of the plants and animals of Sepik River, The Sepik River, the people of Sepik River and Environment and Climate Justice advocates of PNG and the world, the Project Sepik, a local NGO in Wewak request that Mr. Mori in his Ministerial role reflect more and respond constructively, seeking solutions and providing answers rather than standing by his statement on Radio Australia on the 30 September, 2020 in response to the United Nations Special Rapporteurs Letter to the Government of PNG on the proposed Frieda River Copper and Gold Mine in the Sepik Region of Papua New Guinea.

Mr. Wera Mori warned the ten Special Rapporteurs, “do not forget that Papua New Guinea is a sovereign state and we cannot be dictated to by opinions of people from other countries. As an independent state, the government has the prerogative to make decisions in the best interest of the country”.

While it is important for the country’s international standing and reputation, that Mr. Mori has responded to the United Nations, it is embarrassing to observe his shallow arguments and the evasive nature of his comments. Politicians must understand how the larger world works.

The Minister’s response is harmful to PNGs international relationships and the respect we enjoy from international donors and financiers. Minister Mori’s concern about maintaining Papua New Guinea’s integrity and sovereignty as an independent state fails to address the content of the letters; instead he directly told the UN experts to keep their noses out of the Human Rights issues in the country.

His counterpart from Australia who received the same letter responded with a detailed response in a professional manner addressing the content of letters.

The response by Mr. Mori can be seen as ignorant of the issues that were raised. Mori must not forget that these letters came from the United Nations of which PNG is a member and the United Nations Human Rights Council to which Papua New Guinea is a signatory, meaning his government has an obligations to uphold human rights.

The letter from the UN is not designed to undermine our country’s sovereignty or to dictate to the PNG Government on how it should handle its affairs as the Minister claimed, but to raise the concerns on issues regarding human rights violations in the country that the government needs to look into and address.

These same human rights are also enshrined in Papua New Guinea’s Constitution and in the National Goals and Directive Principles.

Papua New Guinea has also made voluntary pledges and commitments which include the pledge to uphold the highest standards in the promotion and protection of human rights.

Mori also stated that, “as an independent state, the government has the prerogative to make decisions in the best interest of the country.”

Project Sepik is however concerned and are questioning in whose best interest exactly will the government make decisions regarding the proposed Frieda mine, the Government and the investors or the people of Sepik, Papua New Guinea and the environment?

Hear the views of Papua New Guineans on this Video about the proposed Frieda Gold and Copper mine which will destroy the Sepik River and livelihood of people.

This statement is also concerning coming from the Minister for Environment who has largely ignored the 2019 Ramu Nico Basamuk Bay Spillage. The PNG Government has no proven track record of putting the interest of the people first nor does it have the people’s best interest at heart.

The people of Sepik have made their stance known that they are all against the mine, their call was heeded by the United Nations who sent out the ten Special Rapporteurs.

They did not send out the letter all on their own , they were supporting the call made by the people of Sepik to ban the proposed Frieda Gold and Copper mine which will destroy the Sepik River and their livelihood.

Special Rapporteurs are independent experts appointed by the UN Human Rights Council with the mandate to monitor, advise and publicly report on human rights situations in specific countries and on human rights violations worldwide.

Ten UN Special Rapporteurs, along with the UN Working Group on Human Rights and Transnational Corporations, wrote to the PNG Government to raise the concerns about the proposed Frieda River mine and the risk of failure of its proposed tailings dam.

The letter raised ‘serious concerns’ about the human rights impacts of the project, including the rights to life, health, bodily integrity, water and food, and the right to free, prior and informed consent. The letter also raised concerns that the people of the Sepik River ‘will be forced to bear the costs of the Project in perpetuity.’