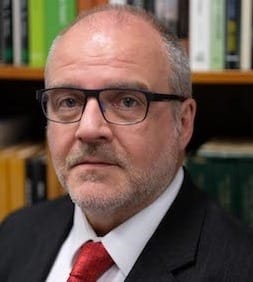 Mr Orrell also revealed that, NBPOL is the World’s leading supplier of Palm oil, PNG’s largest palm oil producer and is also the largest employer in PNG employing over 24, 000 workers.
Apart from being one of the largest beef producers in Papua New Guinea, NBPOL is also the largest sugar producer, Ramu Sugar in Papua New Guinea as well as high grade producer of Ethanol, by-product from sugar refining.
Mr Orrell says in 2021, NBPOL supported 680 SME with K65 million for different SME categories.
He says NBPOL is an example of a sustainable renewable sector and is not like the extractive industries where it will end somewhere .
Picture: Ian Orrell, New Britain Palm Oil Limited (NBPOL) Head of Sustainability & Quality Management.
Source link: https://www.nbpol.com.pg

It is common knowledge and ‘common sense’ that our ancestors were ‘agriculturists’ meaning they survived daily by working hard on the land.
The accelerating increase in technology these days has made us lazy thus forcing us to migrate to urban centres to aimlessly look for opportunities that are in fact scarce and limited.

The power of education has taken over our customary ways and village upbringings making the world a competitive area only for the educated to survive.
Consequently, most rural people have restrained themselves from working the land because of the pull factors from the urban centres.

In practical and real life, our agricultural sector is where our natural economic strength lies where coffee is extensively grown in almost all parts of our country. Cocoa, copra and vanilla compliments the varieties of cash crops Papua New Guinea is naturally and abundantly blessed with.

The commercialization of oil palm has distinctively took prominence over the past decades with West New Britain taking the lead on the New Britain island.
Oil Palm has shifted over to the Momase Region with export earnings hitting more than K600 million annually.

It is high time Papua New Guineans work the land as this is where our economic strength lies because we are already blessed with these cash crops.
We need decisive leadership in place to ensure our valuable commodities are grown in quality and produced in large quantities daily to meet the demands of the world market.

It is possible Papua New Guinea can be the largest coffee and oil palm exporter if we get the basics right.
Vanilla, cocoa plus other cash crops including other fisheries and marine resource need decisive leadership to generate enormous revenue for the country on a daily basis.

Our livestock and cattle industries can generate enormous income for the country annually if we get our priorities right instead of deliberately milking the government coffers through dubious deals.

The new Fisheries and Marine Resource Minister Hon. Zelta Wong must continue the trend of decisive leadership shown by his predecessor Hon. Dr. Lino Tom and focus on generating revenue for the country.

Similarly, our new Livestock, Coffee and Oil Palm Ministries will propel our economy forward as outlined in the Marape-Rosso cabinet announced today.
Let us all work together and contribute meaningfully to the development of our country as our economy will be an agriculture based economy when our petroleum and mineral reserves run out.

I for one understand why Hon. James Marape had to create these three new ministries as I see the economic motive is just and right.
The onus now is on the respective ministers to lead vigorously with tangible and practical visions to economically liberate our people rather than just being there for the sake of the perks and privileges of being a State Minister.