On the evening of 12 September 2012, I received a call from the then Chief Secretary to Government. Apparently, heavy rains in the Southern Highlands Province had caused many rivers to overflow washing away food gardens and cash crops. There were reports of damages to roads and bridges and other public infrastructure.

“Kande, I want you to go up to Mendi tomorrow, do an assessment and provide a detail report for an NEC Submission. The Government Flying Unit will take you up there.”

Next morning at 7am, 13 September, I fronted at the reception to the Government Flying Unit, introduced myself and was ushered by the receptionist to the lounge. She left me there. Couple of minutes later the pilot appeared; “we should be on our way in ten minute, make yourself a cup of coffee and I’ll see you later.”

I was just about enjoying my cuppa when the pilot returned; “let’s do it!”

As we walked towards the Kumul, I nervously asked the pilot, “who else is coming with us?” “Oh, we have been instructed to fly only yourself to Hagen,” replied the pilot.

Holy mackerel!!! A million plus one thoughts started crossing my mind and I could feel blood pumping in my head. I did not know how to react. I was confused. Did Sir Manasupe actually call me? I tried recalling every word he said. Why am I the only one travelling, and in the Government’s official jet??? I turned back, looked around the hanger and there was not a single person in sight.

I have known Sir Manasupe for a very long time, since he was still the Provincial Administrator for Morobe. We had many discussions on various matters when he later became the Secretary for Provincial and Local Government Affairs. I did my District Work Attachment in his home district of Finschafen and we know each other personally. Yes, it was him who called me, I reassured myself as I stepped into the Kumul to take my seat.

As I sat down, it finally dawned on me that I would be one of the very few privileged citizens to ever fly in the Kumul. With a few safety agendas from the pilot, soon we were on the tarmac, off to the runway and a few strides later, we were airborne.

As a Public Servant, it was the greatest honour to share this moment with the Chief Secretary to Government, just the two of us, on a plane high up in the sky. I found myself doing all the talking, and he was listening as he served us coffee, and cakes and fruits.

We got off at Mendi Airport and straight to a waiting helicopter. Soon we were off to work! We visited many places and stopped over in a handful villages to gather information/stories from the locals. And this was when I witnessed how truly humble, dedicated and honest Sir Manasupe was.

He didn’t had to introduce himself and he didn’t need to take any security with him (there were only two of us – an Engineer and an Administrator). He would step right into the crowd and there was no need for protocol.

He would listen and he paid close attention to what the locals say and he allowed every person who wanted to speak, talk. He had the time, he was not in a hurry. He came for this and he stayed on for it.

And when he spoke, people listened. They obeyed and heeded every instruction. He spoke in simple and pure pidgin. There was no tension, no refusal. There was no disagreement. There were no commitments and he made no promises. People understood him well. All they wanted to hear, he said it. The crowd dispersed satisfied, we departed overwhelmed by the outcome.

I embraced the opportunity to gain from the very best. I learned that being the authority does not necessary mean force, or intimidation. To be in power is to exercise responsibility and care. To be at the top, it means you have a clear view of the people below you, and there is no excuse for ignorance and negligence. When you walk in the truth, you do not need others to help you convince the mass about the truth – it speaks for itself.

As we farewell this great man, I am forever grateful to have known and learn from him.

Thanks, Kande. Rest in External Peace. 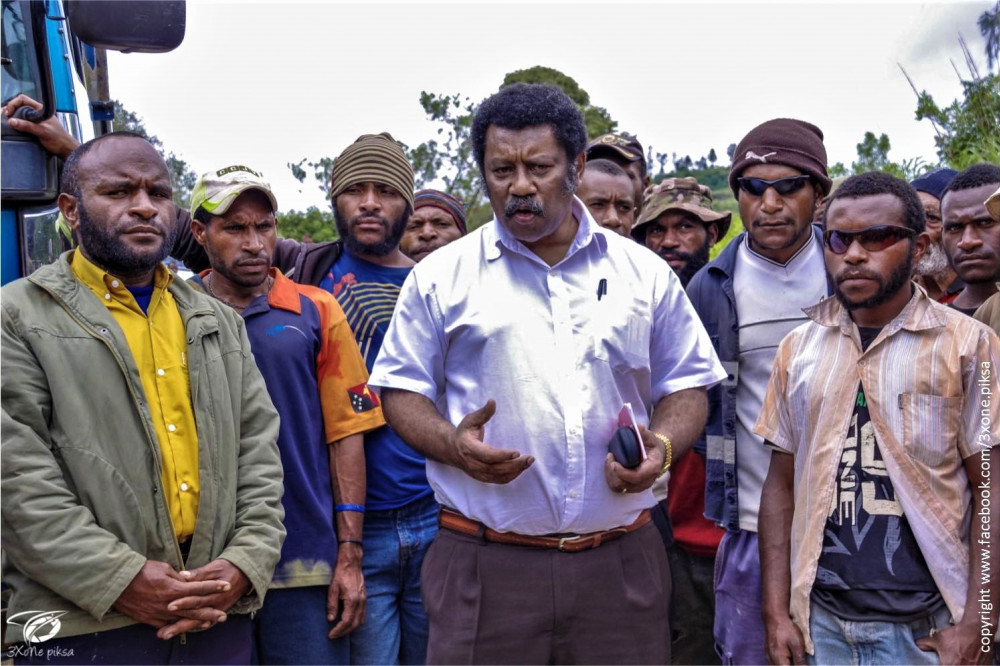