Parting Message from Bougainville to Its Motherland Papua New Guinea

Papua New Guinea, my dear mother land. The time has come for me to say my goodbyes if I find favour with only your approval. My mother Papua New Guinea, I am sad that it has to end this way with the two of us.

We were made enemies and made to fight each other with bloodshed because of the greed of foreign influence, Back then you were only in your infant stage to fully understand the reason why you were forced to take arms upon your own daughter, Bougainville.

You were still in the influence of your colonial master and you did what you thought was best for your infant country, not knowing that what you did was the worst mistakes of all.

It brought you down from the highest economic state you were at, where your one kina was equal to $US1.30 and the world was watching you as an emerging richest Pacific Nation.

Apart from their greed, your colony was jealous of you to develop to be the richest Pacific Nation apart from them, because back then racism was always in their hearts.

White nation never want a black nation to be richer than them, and just knew what game to play to bring you down and let you so low which have left you in this state where you are now, burden with foreign loans and still struggling to develop your country and your people.

I will not blame you my mother land Papua New Guinea. Had our leaders back then took bold steps to listen to the cry of your daughter Bougainville for recognition of a fair share and environmental issues, we would have bloomed together as emerging Pacific Queens with crowns of gold, floating on streams of oil and gas where every nation in the would would admire and flood into your shores for blooming business opportunities.

Papua New Guinea, you’re indeed a Pacific Queen, a sleeping giant that was made stagnant by your colonial master Australia. You were one of their foundations that build their nation to be rich while they let you suffer.

They didn’t want to impart knowledge to you, to help build and develop your nation with your own rich resources, instead they harvested your resources and gave you a chocolate in return which you have been feeding on since then as a so called boomerang aid.

They have blindly fooled you and you are still forced to fall prey to their colonial power even up until now.

Papua New Guinea my mother land, I know right now you’re still trying your best to get out of the failing economic state you’re in to help your people and I know I am another pressure you have to take on under your wings.

If things were different back then and we knew how to solve issues without foreign influence of shedding blood, you wouldn’t be where you are now. With the once powerful economic state you were in where your one kina was higher than a dollar, imagine where you would be now.

At the same time your resources would have been discovered and everything combined, I have no doubt, you would have done even better than your colony .They just didn’t want to see you develop and overtake them as back then, even now they have been racist to our forefathers up until now.

Papua New Guinea, my motherland, I will not blame you for the bloodshed on me as I have now come to understand that you were only a weapon of a foreign power to overtake my resources.

It was a foreign power that influenced our Prime Minister back then, Sir Julius Chan to bring in heavy mercenaries (Sandline)to destroy me and wipe me out of my island, but when you realized that mistake, you stood your ground to protect me because I am your child.

My Papua New Guinea brothers and sisters both in the PNGDF and the University students stood their grounds and protested against the Government to send the Sandline away.

Imagine if my brothers didn’t protest, I wouldn’t have survived. You would have lost your unique black daughter forever, because that was the mission of a Sandline, to execute every living soul on the island of Bougainville just for the greed of resources by a foreign power Australia.

But again I will only wait for your approval as you’re still my motherland Papua New Guinea. I love You PNG, you are still the Pacific Queen, you will rise soon to your fullest potential with your richest and vast resources. God Bless Papua New Guinea. 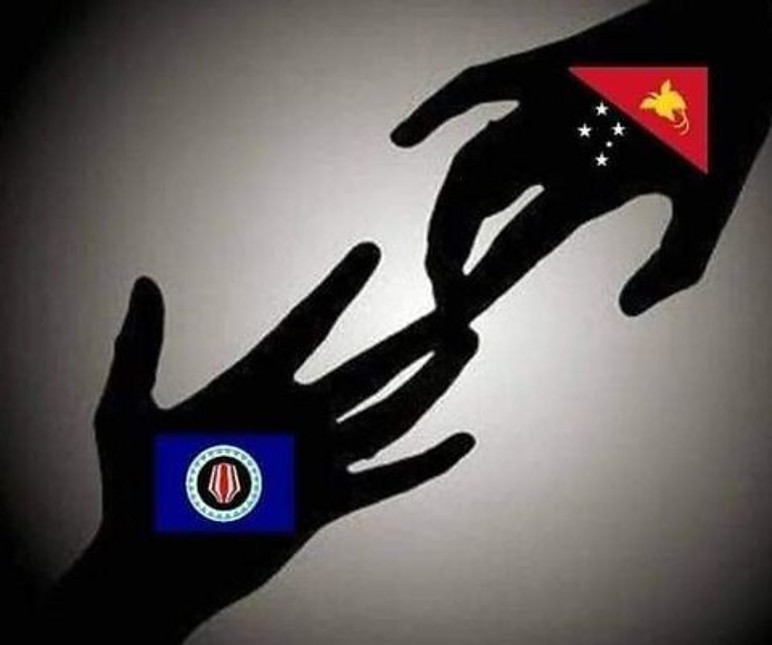