The Papua New Guinea Kumul Number 282 James Segeyaro’s Services No Longer Required. PNG Kumul Veteran hooker James Segeyaro has expressed his disappointment on his Instagram account after being told by the Kumuls coaching Staff that he won’t be considered for the World Cup in the United Kingdom.

PNG Kumuls Veteran hooker James Segeyaro has expressed his disappointment on his Instagram account after being told by the Kumuls Coaching Staff that he won’t be considered for the World Cup in the United Kingdom.

The Kumul number 282 James Segeyaro who was suspended by NRL for a failed drug test in October 2019 made his comeback with Manly Sea Eagles feeder Club in the NSW Cup Blacktown Workers Sea Eagles earlier this year was left gutted after his Kumuls rejection.

“Sadly, I was informed earlier this month that I won’t be part of the PNG’s plans going forward,”.said Segeyaro in the statement.

I’m extremely proud of my heritage and the Kumuls World Cup Jersey has been something I have been chasing for years and now as I slogged to make it back to the game I love,” said Segeyaro. 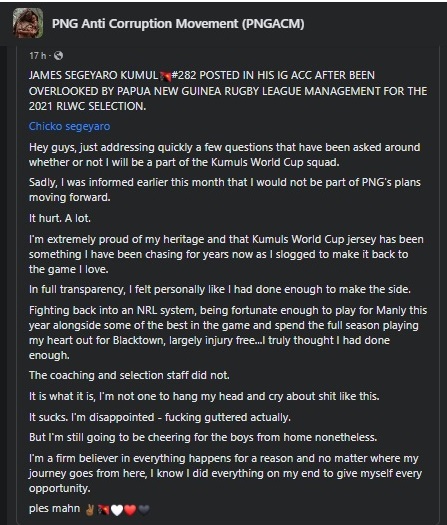 Segeyaro who has played 5 test matches and 1 Prime Minister’s XIII game for Papua New Guinea has been told by the Kumuls set up that his services are no longer required despite making his way back into the NRL with a match for Manly Sea Eagles in Round 20 against the Sydney Roosters.

“In full transparency, I personally felt like I had done enough to make the side (Kumuls),” said a disappointed Segeyaro.

Segeyaro was not selected for the Pacific Test against the Fiji Batis as well as missing out on the recent Prime Minister XIII game in which Australia routed Papua New Guinea. 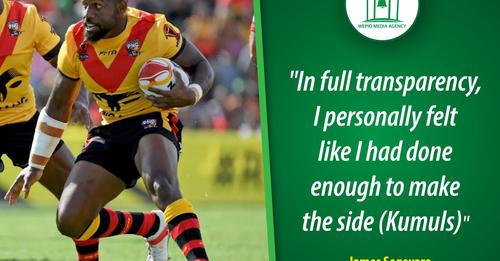 Pictures and words by: WEPIOMEDIA.COM 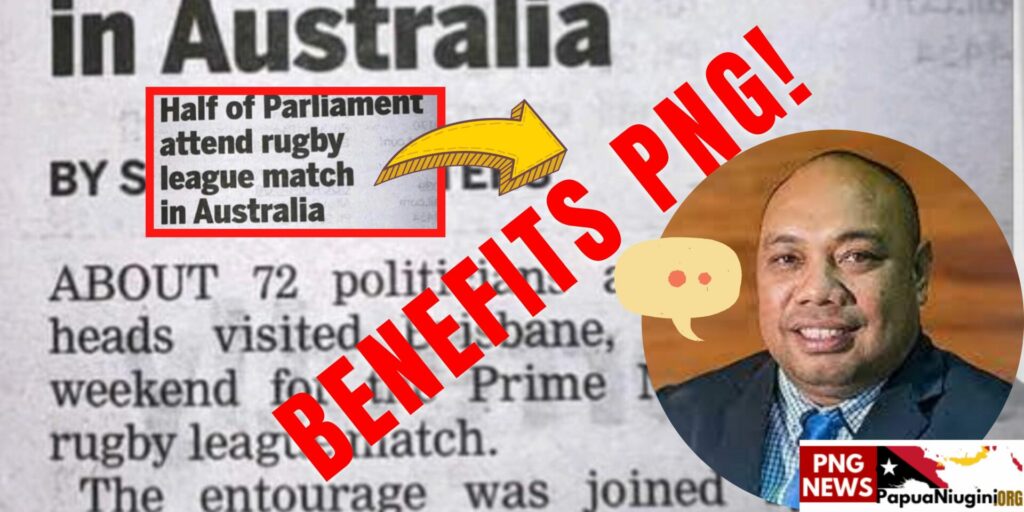 Rugby League is potentially a massive economic sector in Papua New Guinea. The Prime Minister and his delegation's recent attendance…