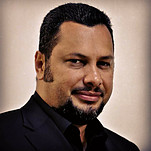 He said this when debating amendments to resource laws in Parliament yesterday that there were many outdated colonial laws that were designed to suit their needs then and it was the right time to change those laws.

He said the resource amendment Bills presented and the changes made were pertinent to take back the country from going around the wilderness for 40 years.

He said Prime Minister James Marape was to be commended for his stance that the people need to be empowered through the participation of the natural resources developments like in the petroleum and mining sectors.

“For those who own the economy or the means to develop their economy for their own benefit and for their people, they are the only ones who can construct the future,” Mr Juffa said.

“If you don’t own the means to develop these resources then you cannot construct the future, someone else will construct your future and you and you children will be mere consequences of your future.

“You will be standing outside of your own house while they are in your house feasting. And that is what had happened since 1975 when we thought we were independent, we were far from independent.

“True Independence comes from the rights to own the mean (resources) and that is how you can own the economy and then you will be able to construct your future.”

He said today very strong economic forces run the economy of the country and their lobbyists, some of whom were in the Parliament.

“My dear Prime Minister, thank you very much for you and your Minister for bringing this Bill to Parliament.

“As we represent our people and not representing the white men or the Kongkong (Asian) or their foreign companies, when it comes to decide on such Bills,” he said.

Mr Juffa said as a country we must make sure foreigners do not control our future.