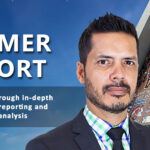 WHY THERE WILL BE NO CHANGE OF GOVERNMENT OR VOTE OF NO CONFIDENCE THIS WEEK.

A Vote of No Confidence (VONC) in the Prime Minister is provided by Constitutional Law (Section 145). This also provides the strict procedures that must be followed for Parliament to entertain (consider) the motion to hold a VONC.

Who has the right to move a motion for a VONC?

By law, any Member of Parliament has the right to move the motion provided they meet the requirements.

The Member of Parliament proposing the motion must first give notice to Parliament that they intend to move a motion calling for a VONC in the Prime Minister.

How is the notice given?

The notice must be in writing, must state the name of the alternative Prime Minister, must be supported or signed by no less than twelve Members of Parliament, and must be given in accordance with the Standing Orders of Parliament.

The Standing Orders state that a motion for a VONC against the Prime Minister is considered to be a Private Members motion – Private meaning put forward by an individual Member – and must therefore be submitted to the Private Business Committee, a Parliamentary Committee established to deal with Private Members’ bills (proposed laws) and motions. The Committee is responsible for screening bills and notices of motions to ensure they are in order and have met applicable requirements.

There are seven Members in the Private Business Committee. They include the Speaker of Parliament, the Deputy Speaker, and five other Members who are appointed by Parliament. They may be Members who are Ministers, and typically include Governors and back-benchers.

When does the Committee meet?

The Standing Orders state that the Committee shall meet at 1pm on Wednesdays when Parliament is meeting.

So to move a VONC, the Member intending to move a motion for a VONC in the Prime Minister would need to file notice of the motion with the Speaker of Parliament.

The Speaker would then call for a meeting of the Private Business Committee (for example, Wednesday 16 December 2020 at 1pm) to confirm the notice was in order.

If it was, the Speaker would then direct the Clerk of Parliament to list the notice of a VONC on the Notice Paper (Parliament’s daily notice of agendas).

The Clerk would then deliver a copy of the Notice Paper to each Member’s Parliamentary office as well as placing a copy on each Member’s table in the Chamber of Parliament.

On the next sitting day when Parliament was in session, the Speaker would announce that he had received notice of motion of VONC from the Member, and that the Committee had found the notice to be in order and directed it be listed on the Notice Paper.

He would also explain that the motion may not be moved until seven days’ notice was given, a requirement under Section 145 of the Constitution.

The Standing Orders also state that a motion for a VONC, being a Private Members motion, shall only be moved on Thursdays when Parliament is sitting.

Therefore, it would be expected that the Speaker would propose Parliament be adjourned for seven days, so for example until Thursday 24 December 2020.

The Government and Opposition Members would then go back into camp, where the Opposition would need to ensure that when Parliament reconvened they had the majority numbers up to and including the day of the vote.

The Government side need only wait for those in the Opposition camp who were not happy with the nominee to contact the Government and negotiate a deal to return.

When Parliament reconvened, the first order of business would be the motion calling for a VONC against the Prime Minister. The Speaker would call on the proposer of the motion to move his motion.

The Member would then stand and read out his motion and make a statement about the reasons behind the motion.

The Speaker would then allow Members to debate the motion – express their views whether they were in support of it, or against it.

The Clerk would then report to the Speaker the number of votes recorded for and against the motion. The Speaker would read out the result of the vote and make a ruling on whether the motion was successful or not. If he ruled it successful, it would mean the nominee was the new Prime Minister. If it failed, then the Prime Minister would remain in office and Parliament may be adjourned.

So could another motion for a VONC be moved at the next meeting of Parliament?

Members may move as many motions for a VONC as they wish provided Parliament is meeting before 27 July 2021. After that date, the Constitution prohibits any motion to change the Prime Minister until the next term of Parliament.

It could be argued that the Opposition could suspend the Standing Orders to bring the vote forward. To do this, they would need a 56 Member absolute majority. However they can’t suspend the requirement of seven days’ notice as that is a requirement under Constitutional law.

To conclude, there cannot be a VONC this week. The Opposition must first submit notice of a motion for a VONC to the Speaker to table before the Private Business Committee on Wednesday.