The agreement will allow for the construction of the transmission line from Mt. Hagen to Tari and Hides Gas project.

That is the missing link and it has been highlighted as critical to connecting the National Power Grid Development Project in the country.

The transmission line between Mt. Hagen and Tari to Hides Gas project is a missing component that was not factored into the first two phases of the National Power Grid Development Project in the country.

This link is a critical area that will enable dispatch of the proposed Hela Gas-fired power plant onto the main grid and run in parallel with the hydro-powered power to provide reliable power distribution to customers.

When explaining this, Minister for State Enterprises, Willam Duma, says optimizing the use of the upgraded transmission infrastructure is important.

The construction will be undertaken by the Chinese Tibean Electrical Group Limited.

Chinese Ambassador to P-N-G Fan Hua Zeng says the company has a vast knowledge in the area of power and will contribute fully to deliver the government’s aim.

Prime Minister James Marape was in attendance to witnessed the signing and also spoke about the importance of this project.

”This is no small thing we are doing today, this is a key signing that will unlock the reliable power supply from Hides, that will supply power to Tari, to Mendi, into Enga province and to Hagen, all the way to Kundiawa.

”This is a national strategy to power 60 % of our population and 70% of our country’s economy.

It’s a supper grid system that we are trying to build for our country that will run across seven provinces in the Highlands.

”The eighth will be Morobe, the 9th will be Madang, 10 and 11 will be the Sepik provinces,” said Marape.

It is a 132 KV transmission and substation project that will be undertaken by the Chinese company TBEA.

This is part of the national government’s efforts to connect electricity to at least 70-percent of households by 2030 and also to do away with fossil fuels and enter into cheaper, reliable and greener power sources. 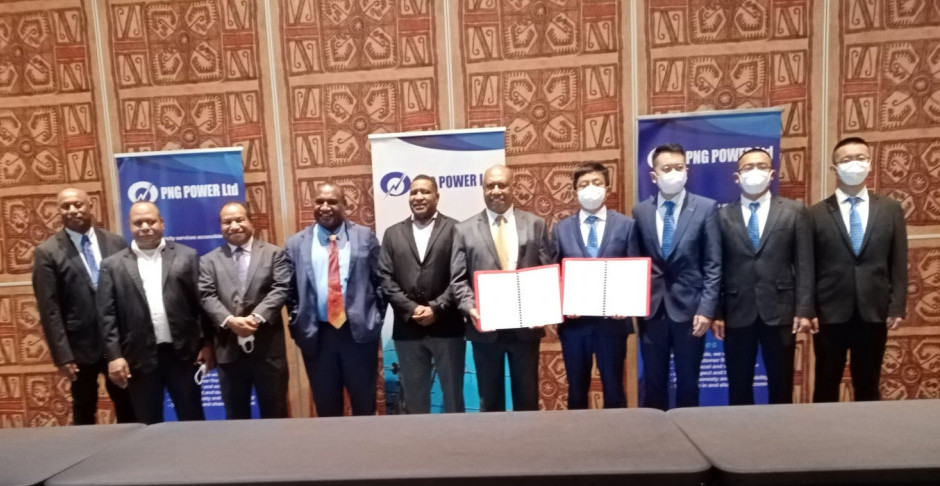