The fluid nature of PNG Politics.

Papua New Guineans are very creative people. We are artists, song writers and poets. We are the first farmers on the planet.

I remember the first time I watched the Kumuls vs Australia game in Townsville as a teenager and late Aquila Emil ran rings around Allan Langer. Tuksy Karu was putting his chip chase over the Australian front line and the commentators were saying PNG had a very creative free flowing form of Rugby League. “They have no structure” said the commentators.

In 2011 it became clear that we also have a form of politics that is free flowing, it does not conform to any laws designed to provide structure. It is cleverly played by people who desire a particular outcome. So all that is needed is numerical strength, rules do not matter, structure does not matter.

After 2011 we chose to forgive and forget.

Forgiveness is understanble given our Christian heritage but forgetting is probably not a wise idea. Especially since it provides an insight into the character of the perpetrators and points out the futility of structure and legal boundaries.

We had times to plant and harvest, seasons to do certain things. When the flame of the forest flowers we know it’s time to fish and hunt because the dry season approaches.

So why is a Western Political Construct and legal framework designed to give us structure unable to do so? We had an OLIPAC designed to provide discipline to our political structure but it is now largely found unconstitutional.

Should we have structure in our political conduct or should we allow it to remain fluid and creative so the only real currency in politics is numbers? I have been thinking about this quite a bit in the last 3 years.

If numbers are the only political currency then it doesn’t matter who gets elected, since it’s the numbers that are key. Nothing else matters. So our entire system of politics and development is based around the numbers. There is no adherance to a national development strategy.

Our only period of real growth was from 2002-2012. A period where the OLIPAC was in operation thanks to the leadership of Sir Mekere Morauta and the sacrifice of Paias Wingti.

I would be interested to hear the thoughts of our political scientists on this subject.

I write this in the hope of stimulating discussion as we head down another creative political direction as the halfbacks and 5/8s weave their plays into our nation’s checkered political history once more. 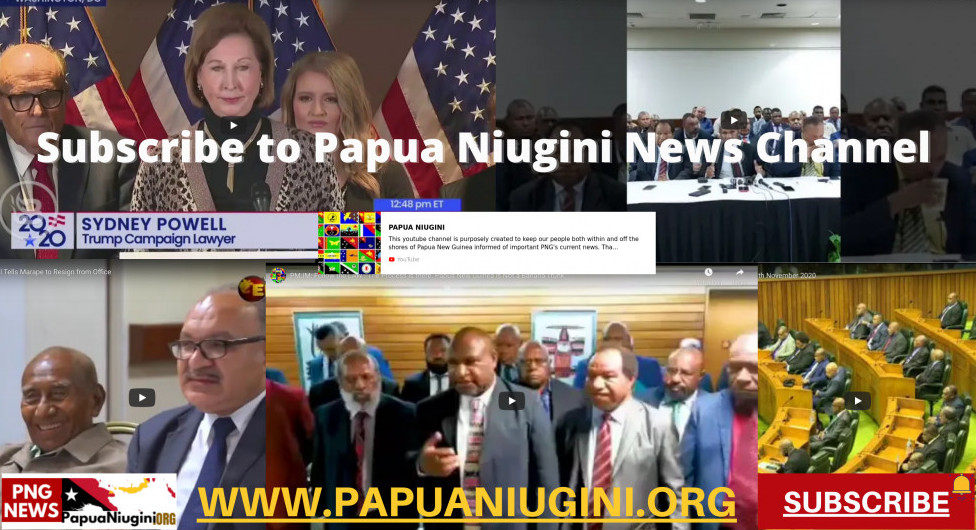