Whilst I am not superstitious,  rainbow over Lolohata this afternoon was so dazzling and beautiful to have me believe it was a good Omen from Above.

God is the only true judge and knows the true intentions of men in both camps. However, contemplating on the events of the past few days and what had transpired, I see the Beginning of the End of the bad Politics of the yester years, where devious willing and dealings had the better and came out victorious.

As Albert Einstein said, STUPIDITY IS DOING THE SAME THINGS OVER AND OVER AGAIN AND EXPECTING DIFFERENT RESULTS.

Better RESOURCE and ANTI-CORRUPTION laws will liberate us fully. I don’t want to go down the same lane we’ve travelled the last 45 years thinking things will just change for the better for me and my children. I don’t like to be held captive by the shackles of kleptocracy and corporatocracy.

We are educated now and we have turned the corner. We must decide our own destiny and believe in our own. I no longer want to be pissed on and told its rain. I see in PM Marape the change I desire and if this evening’s rainbow was no good omen at all, then I need not worry as the 55 strong men is evidence enough that PNG has come of age.

We have turned the corner and our destiny is in sight. True economic independence is what we seek and we will settle for nothing less until we get what we seek. It is ours and our children’s future.

I urge our brother Leaders in Crowne to think and think again.

You don’t have to be held captive in Crowne. You are Leaders for crying out loud. The same people holding you captive in Crowne now have been holding our nation captive for over 45 years. Look and look carefully again. I urge you to follow your heart and the beckoning of your people. See the rainbow and see if there is any truth in it.

May God bless you and our beautiful Nation. We have lived here for a 1000 years and we will live on as one People, One Nation. 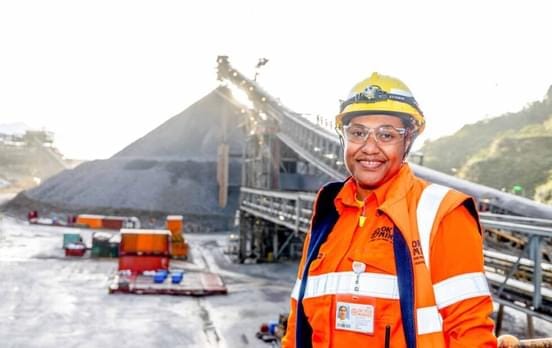