Adam and Jacqui championing positive change in PNG. Together, they built Equal Playing Field, now a successful NGO that aims to prevent violence against women by promoting gender equality through sport and education.

Story of PNG -Australia Connection: Jacqui and Adam – From unlikely friends to being like family.

“Some people think you only become friends with people you instantly admire and are drawn to, but it was the complete opposite for me and Adam,” said Jacqui Joseph, a Bougainvillean, about her pal and co-founder of Equal Playing Field, Adam Everill.

Adam, who hails from Wollongong, Australia, is very extroverted and confident. “That’s not somebody, I’d ever be friends with,” thought Jacqui when they first met in New Delhi, India in 2011 where they both attended the Global Changemakers Asia Youth Summit to represent PNG and Australia respectively.

Unbeknownst to Jacqui, Adam had a keen interest in PNG and had researched PNG as part of his post graduate studies. Meeting Jacqui could not have come at a better time. “I’d developed these recommendations on how sports could be utilised to reduce violence against women as a vehicle for development, but I was like ‘I’ve never met someone from PNG before, but I’ve been doing this study’, and that’s how it all started.” Adam said.

The Youth Summit paired participants to work on a project proposal which, if successful, would receive funding. “We paired up and prepared a proposal together. It got approved and we received funding from the summit organisers to run a small project,” Jacqui said.

Jacqui and Adam returned to their respective countries, and Jacqui doubted she’d hear from Adam again. Little did she know Adam had started raising funds to come to PNG.

“A year later he sends me a picture of a concert he organised with all these bands and says guess what, the concert was held last night, and this is how much money I raised, so I can come to PNG!”

When Adam arrived in PNG, he experienced a few culture shocks. “I remember turning up to PNG for the first time, I assumed I would be staying with Jacqui, but it wasn’t something appropriate to do for a strange man coming from another country, so I end up staying in a lodge down the road.” Adam said.

But Adam and Jacqui soon found their feet championing positive change in PNG. Together, they built Equal Playing Field, now a successful NGO that aims to prevent violence against women by promoting gender equality through sport and education.

Adam and Jacqui have forged partnerships that have enabled them to reach 10s of thousands of Papua New Guineans and supported the education system to better protect women and children.

“We’re close friends but very different, I am a Christian and Adam has his own views, it’s interesting how people with very different backgrounds, ideas and beliefs can still come together, work together and learn from each other. It is a give and take, an exchange, and I really value that”.

“Jacqui and I have known each other for over 10 years. She grew from someone I knew from doing good work together, to now where I’d say she’s my sister,” Adam said.

Through Jacqui’s influence, Adam has become a more spiritual man in his own way. “Jacqui sent me home with some bibles years ago so I could do bible studies with her. My younger self would have said, not a chance, but I’ve learnt that there are important lessons in these things,” he added.

“Working together we can achieve great things. Just imagine if we had more collaborations like ours by other Papua New Guineans and Australians,” Jacqui added. 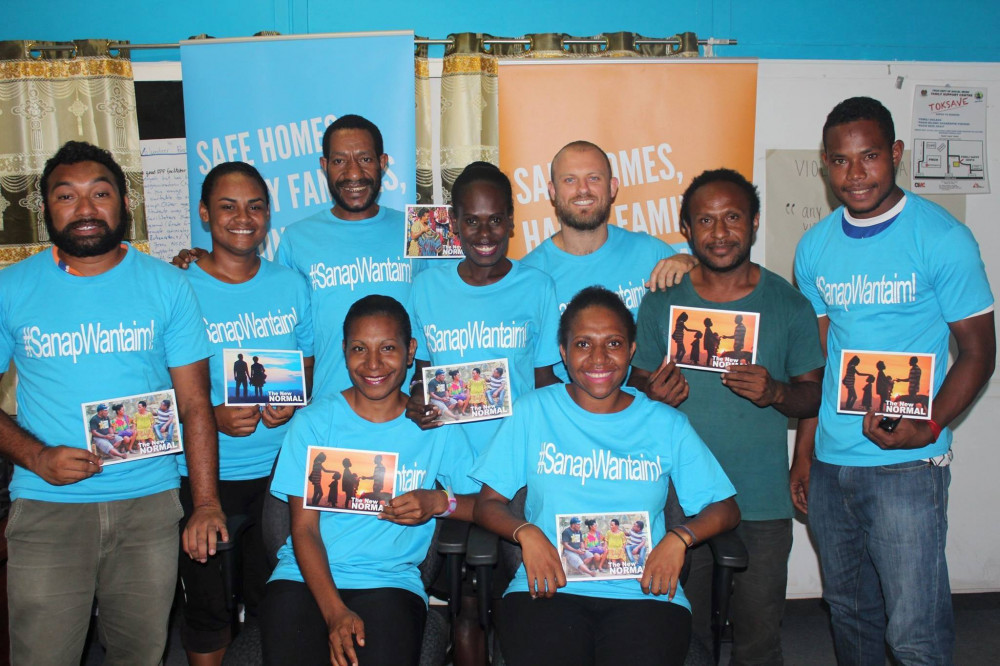