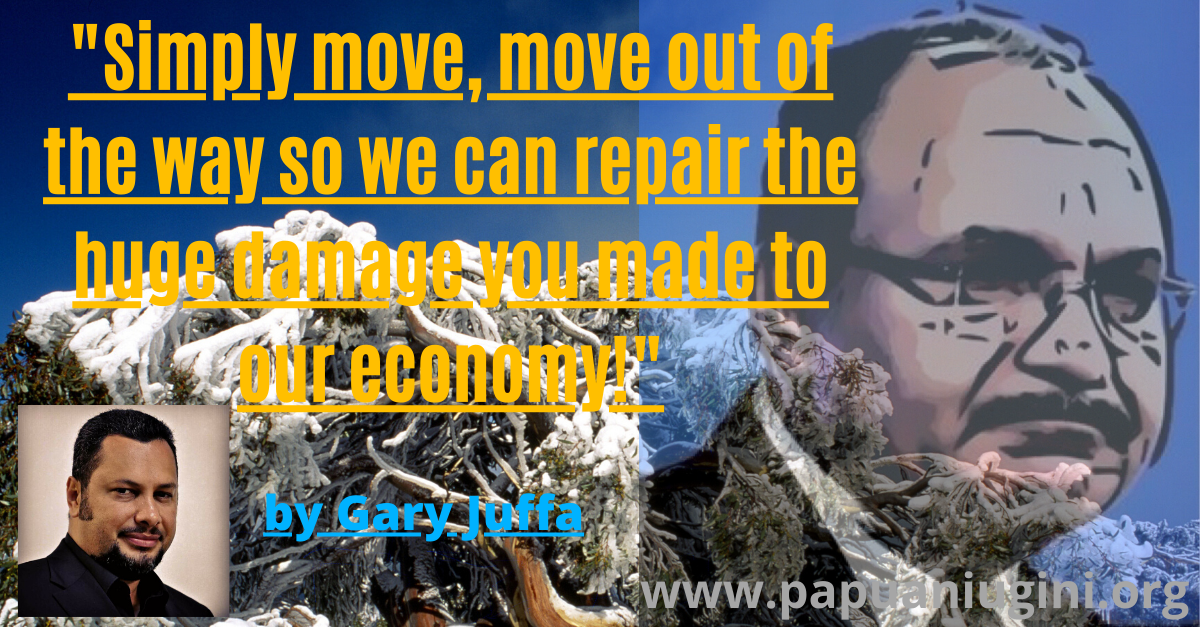 Juffa supports Gov’t’s call to move O’Neill to the opposition side.

Oro Governor Gari Juffa is supporting the PM James Marape call to let former Prime Minister and member for Ialibu-Pangia Hon. Peter O’Neill to move from the middle bench to the opposition side.

Yesterday, PM JM announced his Government’s decision that Mr. O’Neill should be moved to sit in the Opposition benches in the Parliament.

Marape’s announcement comes a day after the office of the Leader of Government Business had asked him (O’Neill) to move to the Opposition bench.

Mr. Paita said they made the decision because O’Neill had openly been criticising the Government although the People’s National Congress Party he leads is one of its coalition partners.

“The Government wants to stand in unity so if he wants to openly criticise the Government, he has to do it on the other side of the house,” Paita said.

Oro Governor Gary Juffa also supports the Government’s call to move O’Neill to the other side of the house.

“In the last term when I was asked by PNC and Peter O’NEILL to move to the Opposition because I spoke up for my people, I simply moved,” Juffa stated.

He said he didn’t accuse former O’Neill-Abel led Government of being emotional or chasing him around parliament.

“I didn’t run to the people and try to appeal to their emotions and garner their support and sympathy. I couldn’t.

Their life was hard enough as it was. Besides, I put my hand up for this, to fight for them.”

“I was not going to force them to fight for me as they had a hard enough time just trying to survive.

So, I simply moved. You can do the same too former Prime Minister,” the Governor said.

“Simply move, move out of the way so we can repair the huge damage you made to our economy.”

Regarding O’Neill’s condemnation of the K3.8 billion loan announced by the Treasurer Ling-Stucky, Juffa has this to say.

“Well if you and your few select mates hadn’t plundered so much we wouldn’t need to take them out to clean up the mess you left.”

“You not only stole our todays, you sold our children’s tomorrows,” Governor Juffa stated.

Meanwhile, O’Neill’s earlier response was that it was his democratic right to choose which side to sit.

He further stated that the Government should stop being “emotional” and chasing him around Parliament.

He urged the Government to focus more on the many challenges facing the nation and to stop “playing emotional politics chasing me around all over the Parliament and the country”.

“Law and order is out of control, health crisis due to corona virus, and poor policy on education that is causing hardship for our children and their parents,” O’Neill said.

“That should be enough to keep them busy instead of worrying about where I sit in Parliament.”

PMJM CALLS FOR PNC PARTY MEMBERS TO MOVE TO THE