So 76 years on, I’d say this day is insignificant and has no meaning to us. We were the grass that suffered when the elephants fought. Happy Remembrance Day. Sam Jay Kaupa – posted on Papua New Guinea remembrance day.

Papua New Guinea Remembrance Day: Happy Remembrance day to all those remembering fallen comrades and those who fought for our country.

Well that is not exactly correct. We were never at war. The war was brought to our doorstep and fought in our country. We never started it or became the cause of the 2nd World War.

The Aussies and the Allies were basically stopping the advancement of the Japanese Imperial forces southward towards Australia. They fought this war for their own good. It was never for us.

It may sound a bit hysterical but give it a second thought. Papua New Guineans were friends with both the Japanese (Momase & NGI) and British and Australia in the Southern Region. We became the meat in the sandwich.

Sometimes, sitting back and looking at how our country is developing 76 years after the war – and how in 1975, the independence baton was conveniently passed back to us even before we could walk (just like Pontius Pilate washed his hands to accept no responsibility in the crucifixion of Jesus) – there is a feeling of betrayal and neglect by our former colonizers whose country is well developed from riches extracted from our country. Our gold mines built most of these Australian cities.

They normally describe us as their “impoverished” neighbour (a word the Australian media loved using these days to describe the country that saved the day for the Aussies and became the last bastion against Japanese advancement).

Remembrance day was never intended for our servicemen and those defending Bougainville. It was for the Allies who died defending themselves.

Let’s not get too emotional about this day. It was never meant for us.

Sometimes, I wish the Japanese had advanced to Port Moresby, held it and made it become another Yokohama or Kyoto and our country could be well off, under the Japanese.

Remember the Japanese were never our enemies, neither the Aussie. The war was brought to our doorstep and soil. Our own people died on both sides and were unaccounted for and never documented. We were made to take sides – we had no choice.

So 76 years on, I’d say this day is insignificant and has no meaning to us. We were the grass that suffered when the elephants fought. 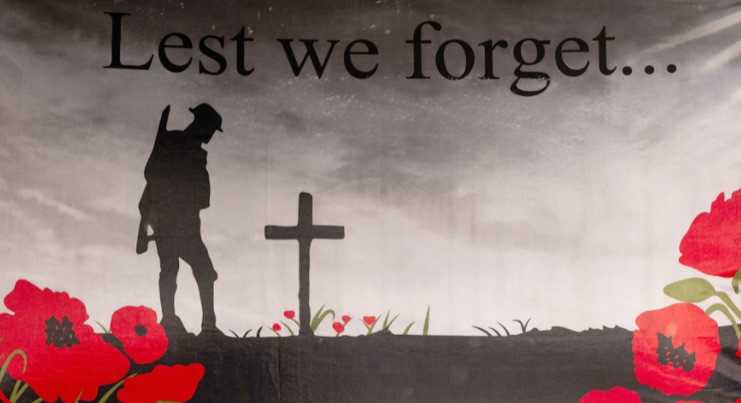