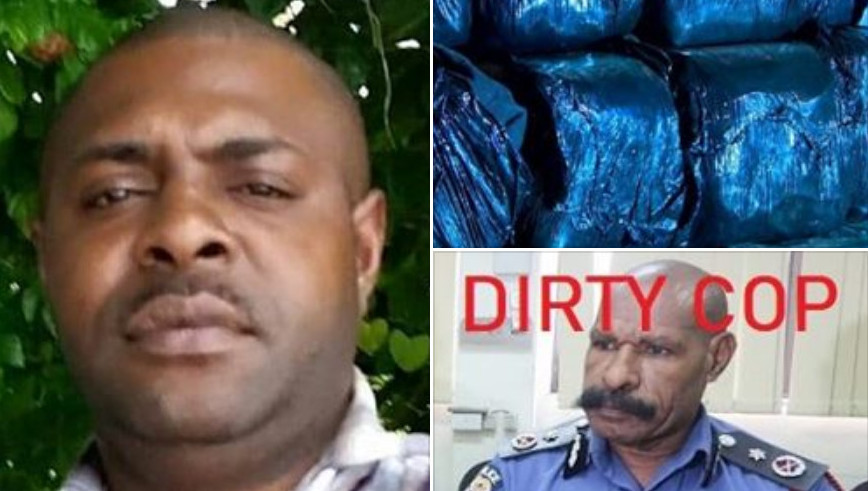 1: The Cargo namely Cocaine was smuggled into PNG on fishing vessel through Alotau sponsored by Pom based Chinese Triads;

2. A former Hagen Based Ex Mobile squad member of Sepik origin moved the Cargo aka Kambang from Alotau to Pom by boat;

3: Another ex – Soldier from Sepik Desmond Dusava and his boss Jamie Peng secured the Cargo at Santuary Hotel area.

4. Desmond liaised with his uncle DCP Yamasombi and NAC Namani and fixed up jet fuel and police cover up plans.

5: Police Commissioner David Manning n Minister Kramer can’t speak up and take the Pilot to be Dealt with under PNG law because, their secret is known by Yamasombi as Desmond was Jamie Pengs drug runner in Pom who knows the Clients.Cocaine and ice were being sold to rich men n women in city for K500. The size of Magi cube packets.

“Economic hit men (EHMs) are highly paid professionals who cheat countries around the globe out of trillions of dollars. They funnel money from the World Bank, the US Agency for International Development (USAID), Australia Aid (AusAid), and other foreign “aid” organizations into the coffers of huge corporations and the pockets of a few wealthy families who control the planet’s natural resources.

Their tools include fraudulent financial reports, rigged elections, payoffs, extortion, sex, and murder. They play a game as old as empire, but one that has taken on new and terrifying dimensions during this time of globalization. I should know; I was an EHM.” John M PERKINS.

7: Commissioner Manning knows all the above and cannot do anything because he still has his Rape Allegations of a 15yrs old girl in Kimbe is still Pending though the complaint was laid in Kimbe and Boroko Police Station in March this year, it is being Suppressed.

8: What was the customs officer Brian Lillywhite, whose brother-in-law murdered the owner of the Cessna plane Geoffrey Bull, doing at the Crash Site the whole week since Sunday? Isn’t it a Police case and NOT Customs issue.