I WRITE TO EXPRESS MY CONCERNS ABOUT OUR ECONOMY AND THE CURRENT AND FUTURE IMPACTS ON OUR PRIVATE SECTOR, SMEs and CITIZENS. 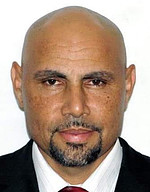 IT IS NOT ABOUT BLAME. CHALLENGES HAVE BEEN CREATED BY PAST GOVERNMENTS AS WELL.

IT IS ABOUT SOLUTIONS TO AVOID UNNECESSARY PAIN FOR OUR PEOPLE, INCLUDING WHAT I TRIED TO DO AS TREASURER FOR 18 MONTHS.

“Nationalism or Patriotism are well meaning but can lead to bad or misguided policies that do more harm than good.

We only need to look at the African experience, particularly Zimbabwe and Uganda. The rise of Facism and Nazism in World Wars 1 and 2 are more extreme examples.

On a more positive note there are the experiences of Japan, Korea and Singapore in embracing foreign investment, capital, technology and turning it to advantage through smart policies and hard work.

I believe I write on behalf of many of us who are deeply concerned today about the direction and prospects for our economy and the impacts on our people.

It is the economy that generates wealth, creates jobs and provides revenue for Government.

It is the role of Government to regulate and provide a conducive and stable environment and give CONFIDENCE to the private sector with consistent policies and sound economic management.

The economy depends on a vibrant private sector with confidence in the future so they continue to invest.

Government should decide what the rules are within economic reality, give the private sector proper notice and stick to those rules.

Government should not take over or run businesses.

The former Government had deliberately followed a deficit strategy to invest in infrastructure and promote the country through the Pacific Games and sports and hosting APEC.

Billions went into Provincial and District programs, but it was time to take stock. Debt had reached 30% of GDP and we needed to promote some investment projects to continue to stimulate the economy.

The current Treasurer blames the former Government every time he speaks. It would have been more constructive if he continued some of the reforms and projects that were in hand.

There is no way that we would have been able to convince 125 international global funds to offer to invest USD$ 3 billion into our first ever sovereign bond when we only asked for USD$500m if they were not impressed by our reforms and the existing and new projects that were comming. We also won 3 international awards for best emerging market bond 2018.

International and domestic confidence was very high, we were about to host APEC for the first time, and especially because the USD 13 billion construction on the Papua LNG project was about to start. This project was an improvement on the successful PNG LNG Project.

People jump to criticise our first gas project but it has actually delivered billions in tax revenue to Government and dividends to Kumul Petroleum. Hundreds of millions have gone back to the resource areas in IDGs, High impact funding and development levies.

We would not be able to launch an international bond today, nearly 2 years later.

The first thing we did in 2017 was work with the IMF to finalise a Medium Term Revenue Strategy and then requested support for a similar strategy for debt and monetary policy.

Some of the key points the IMF and the sovereign ratings agencies, Standard and Poors and Moodys emphasised was the need to reduce the reliance on the short term domestic money market and the need for some foreign investment stimulus. We had not had any major project commence since the PNG LNG Project 10 years previously.

We then wrote a 100 DAY, 25 Point Plan after further consultations with the private sector, commercial banks and the Bank of PNG and had it endorsed by Cabinet and began a process of;

Arranging budget support finance from the ADB and World Bank

Concluding the negotiations on the Papua LNG Project with improved terms on the PNG LNG Project,

Concluding the negotiations of the Wafi Golpu project,

Unwinding the Kumul structure which absorbed all our petroleum dividends,

Arranged USD 1 billion ADB loan for the reconstruction of the Highlands Highway,

Paid down obligations to the Super funds and caught up on outstanding public service pay rises.

Unfortunately many of the reforms and projects have stalled including the Papua LNG, Pynyang, Wafi Golpu, Pasca, and now Porgera is shutting down.

Of course we want a broader based economy with more emphasis on Agriculture and Tourism but these take time and we need to invest in Education and Health today.

When there is little prospect of economic stimulus, confidence drops and the private sector stops investing. People lose their jobs and Government revenue drops. SMEs struggle and go out of business.

With an economy grinding to a halt we now have the challenge of COVID. External shocks like COVID and the massive earthquake in 2018 are challenges that we can’t avoid. But we can be better prepared by having a more robust economy and even a properly established Sovereign Wealth Fund, not a corporate structure like Kumul with no visibility.

We have had to seek last resort help from Australia, we are running to the IMF who are demanding reforms, we are now going back to the domestic market asking the superannuation funds and the Central Bank to bail us out through domestic bonds. When Government starts borrowing from itself the alarm bells start ringing.”