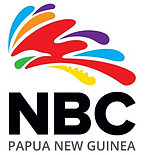 The government said it’s serious about addressing corruption, as it moves to pass the Independent Commission Against Corruption or ICAC Bill in next month’s Parliament sitting.

Chairman of the Parliamentary Committee on Constitutional Laws and Enga Governor Sir Peter Ipatas said the Bill is long overdue and would like to see it become law.

Sir Peter said the country has been battling corruption for years with little or nothing done to minimize it.

The Parliamentary Committee on Constitutional Laws convened yesterday to deliberate on the ICAC Bill.

Sir Peter said the government will make sure the Bill is passed at the earliest.

”This current government lead by Prime Minister James Marape has actually taken ownership of this bill and have responded positively to the public outcry and have actually brought the ICAC Bill to Parliament,” said Sir Peter.

The Bill has been presented and went through its first reading in Parliament and was referred to the Parliamentary Committee on Constitutional Laws.

The next sitting of Parliament will see the bill presented for its second reading and the first opportunity for debate.

Inflation, whether it's moderate or high is not the point. The current inflation rate has eaten away the parity rate…