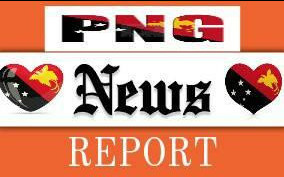 The Commission of Inquiry into the Union Bank of Switzerland or UBS loan has directed that former prime ministers Peter O’Neill and Paias Wingti be summoned to appear in March.

Mr O’Neill, also the Member for Ialibu Pangia, and Mr Wingti, also Governor of Western Highlands, were to have appeared today to have their dates set as to when they will give their evidence.

Commission Secretary Mathew Yuangu told the inquiry today that it was difficult to locate both leaders after serving letters in January this year requesting their presence at the commission of inquiry.

Chairman Sir Salamo Injia directed that summons be served on both leaders to appear on Friday 6th March at 9.30 am.

The Commission will also summon the head of the economic faculty at the University of PNG Professor Lekshmi N Pillai to appear on 6th March after the academic also did not appear today.

Their evidence will relate to part one of the Commission of Inquiry’s investigations into the political and economic system of government since independence and the government’s role in the business sector.

Meanwhile, the Commission of Inquiry has extended the summons for Prime Minister James Marape to appear before it.

The Commission had in January this year summoned Mr Marape to appear today after he did not show up on January 27.

Commission Chairman Sir Salamo Injia informed the inquiry sitting today that the Commission had received communication from the Prime Minister on Wednesday this week that he would not be available today.

Mr Marape is currently on an official State visit to the Solomon Islands and returns to Papua New Guinea on Saturday.

Sir Salamo extended the summons to next Friday 6th March for Prime Minister Marape to appear.

His appearance is to set a date as to when he will give his evidence.