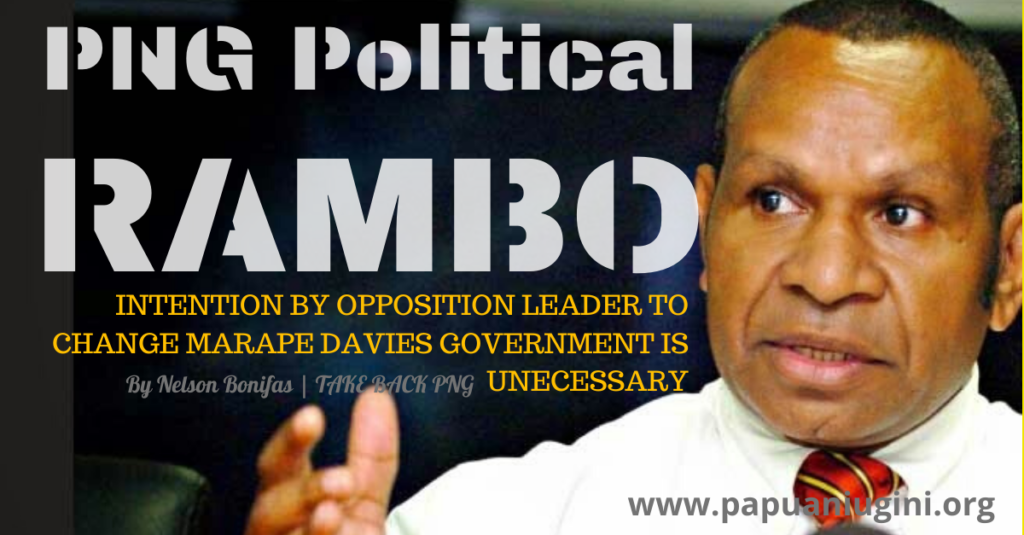 Why change of government when there was already a change of Government overthrowing dictator type PM O’Neil who reign for the last eight years in 2011 until topling his government in 2019.

Beldan Namah was the man behind Peter O’Neil rises to power as PM of this country. It was Namah who fought vigorously through thin and tall for O’Neil becoming PM. It is through Belden Namah.

The political marriage of Namah O’Neil did not last long as expected but a new turn of events unfolded between the two deserted each other for political differences.

The two NA power grabbers become political rival for last eight years until successful overthrow of O’Neil saw both rivals in one table discussing and strategising for Marape Davies overthrow through Vote of No Confidence IF Namah bid went through. It so happened the full supreme Court had allowed it through is one of the strategies being worked out for power grab.

While this turn of events working in background the political forces are being displayed manipulated three arms of Government in particular the Judiciary which will become a torch to light the dark path for power grabbers struggle for political dominion.

It is not this power grab and political differences by Politicians is not what citizens require. In fact, this serves the purpose of those politicians who are behind it.

What is now required is stable government focus on improving quality of life than a political indifference. Citizens interest must be the center piece than political downplay.