The two must read books everyone including educators, learners, parents, counselors, and employers are:

The Two MUST READ Books for Educators, Students, Parents, Counselors and Employers.

I read these books few years ago on the recommendation of Robert Kiyosaki in one of his books. Kiyosaki mentioned the ,“ Prussian system ”in his book which piqued my curiosity to learn more about it.

The great failure about our education system is that, it doesn't teach students how money/monetary system works in this modern world. We weren't taught in schools that money is created out of thin air.

We were taught to save money in the bank but we weren't taught that bankers need borrowers and not savers. If you and I stop borrowing, the economy stops running, because all money is debt. Debt makes the world go round. If there were no debts in the monetary system, there wouldn't be any money.

In other words, paying off debt will destroy money supply. Money supply cannot exist without debt. This global web of debt is complex to understand but if you take the time to study it and dive deeper, you'll be amazed.

The monetary system robs the working class of their hard earned money and the education system keep them from learning how to stop this happening. There are a lot of things worth learning but aren't taught in schools.

My point is, the system was not designed to teach children to think critically for themselves. Nor was it developed to just support the present day notion that we all can be free.

Born of Prussia’s military failings in the Napoleonic Wars, the German kingdom developed this system designed to indoctrinate children. The primary goals of this system were not intellectual training but rather conditioning the students for obedience, subordination and collective life.

If you have questions in the back of your mind about the education system, uncomfortable questions, well these books answers.

Everyone should read these books: Educators, students, parents, counselors and employers.

The author is one of my fave, a teacher himself, he has had a bravery to speak from the heart about an education system which cause such damage.

There is nothing in our society that is as conforming or stuck in deep structure as our government run schools and just as Gatto writes, "compulsory government monopoly mass-schooling". No people can remain free without being truly educated, but that’s not the same thing as having mere uniformity of thought. 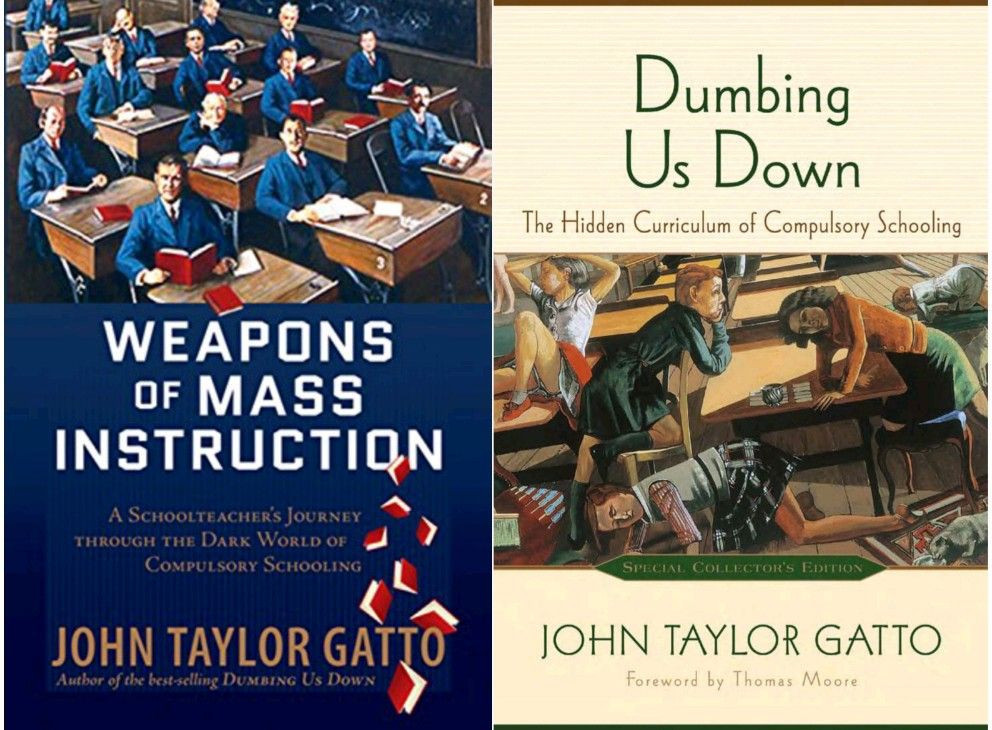 The two must read books for everyone including educators, learners, parents, counselors, and employers.