From the beginning of his public life to the end Grand Chief Sir Michael Somare valued education. After all he was a teacher and a broadcaster before he became a parliamentarian. His service to communities built the foundation for the solidarity and unity we have witnessed in the outpouring of love and sincerity at his passing. Read full Eulogy of Grand Chief Sir Michael Somare below.

A life of Grace and Patience – Eulogy of Grand Chief Sir Michael Somare by Dulciana Somare-Brash. 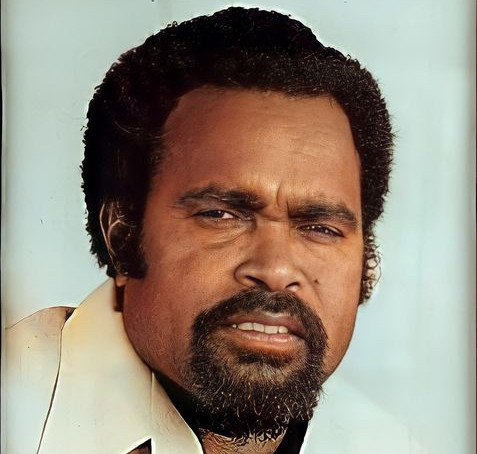 The funeral of Grand Chief Sir Michael Somare was held at Sir Hubert Murray Stadium on 12th March 2021. The Eulogy given by Dulciana Somare-Brash was powerful and inspiring. Here are a few extracts from her reflective address.

My grandfather was a policeman and from stories told to me he was a generous and giving man with many admirable traits including the DNA for service.

Character I will never know if my grandparents were disciplinarians or strong Christians or even good parents. They both passed on before I was born.

What I do know is that they raised a humane, thinking, honourable and decent man in my father and for that I am truly grateful. My father was a decent man and that provided him with the moral compass and trajectory needed to rise above the conflict that great national wealth can bring to any nation.

He followed his heart before his mind and in my view, that was the only way to truly unite our diverse country. His kastom, our Sana tradition was his rudder, when he set sail in his traditional canoe ‘Muntai’. On this country’s life journey, he was “Yamdar” , our totem that is capable of great good and much malevolence too.

Sana is a way of life that my father chose each time he faced hardship and conflict. He chose to show affection to garner trust but this enviable human trait was used against him in the end and he was vilified and treated very poorly and publicly, as he was deemed weak because he pledged as a young man during his own initiation to live a compassionate life.

I am proud my country was able to benefit from his personal choices and our strong Murik traditions. Our father was a simple and modest man all his life, despite my own ideas about fame and the perks and privileges of sharing a high-profile life with him, he always lived to reflect a life balance I’ve never seen manifested by another person again in my life.

In the last 10 years when he was confronted with the most public opposition he had ever faced in his entire political career and personal life, he handled it with the grace and patience of a saint.

I watched my father, the GREAT Grand Chief consider all the obvious risks to this country and his people before he worried about what was happening to him personally, at this time.

For the record at his passing, I want to say that as my father was unlawfully removed as a legitimate Prime Minister he cared less about revenge, or retaliation when the options were at his fingertips.

He exercised incredible caution despite his frail state after his return from Singapore. He feared that any bad decision–making on his part would have such a lasting and adverse effect on this nation, that he merely accepted his fate and he never defended himself beyond a certain point.

He upheld parliamentary democracy and constitutional democracy over himself and his family’s future. He healed himself enough to contest yet another election in 2012, before his retirement in 2017 on his own terms.

Many have asked why; the answer is that the true essence of participatory democracy was his guiding light from before independence to well after he achieved much of his dreams for us his people.

He allowed his journey to be broken so we could continue with ours. When I consider my father’s great love for this country, I strongly believe now that he believed that…knowing when to stop conflict is not defeat – its leadership!

He forgave people who brought harm, humiliation and intense conflict; as he himself had originally offered them the right to act and speak and to think independently when he fought fearlessly over different phases of our democracy for both our political and economic independence.

At the centre of my father’s political longevity was a single chiefly skill that few people possess or will master. My father was a good listener. From this one great gift emerged his undeniable ability to create trust, embolden relationships and reciprocate loyalty with grace.

As a great listener, he was able to charismatically charm people whilst delivering his eternal message of great faith and hope for his first true love, Papua New Guinea. My father’s basic formula relied on an innate tendency to become invisible so that others could be visible.

At home, he also provided comfort and solace in the face of any tension and torment. Thankfully, in his care we never witnessed violence, aggression or inequality in our home. To him, (his children) we each had the same rights both as male and female.

My father understood innately, what equality looked like in practice even when our kastoms, ancient traditions and his modern political profile glorified status and a hierarchy. In our home, my father worshiped our mother all the way to his passing this month.

Therefore, our house was always a home underpinned by certainty despite some normal family differences along the way.

In later years when he became Prime Minister again from 2002 he insisted on a cabinet line-up that faced resistance when he proposed Dame Carol Kidu be a Minister of State. Dame Carol reminds us today that my father told his Cabinet that having her in the National Executive Council (NEC) was not negotiable.

Under this supportive direction Dame Carol spearheaded many policies and legislation that promised greater protections for women, girls and minority groups in PNG.

I understand my father’s sincerity to this cause, he practiced the values of equality and gender empowerment in our home. I was raised to think as an equal, not as a gender! My father’s parting wish to me and my siblings was that our children go to university and work hard.

From his sickbed, he urged me to convince him that I would always be ok. That my daughters would go on to complete their education and be protected by all that he had already established for me and therefore the two of them.

From the beginning of his public life to the end he valued education. After all he was a teacher and a broadcaster before he became a parliamentarian. His service to communities built the foundation for the solidarity and unity we have witnessed in the outpouring of love and sincerity at his passing. 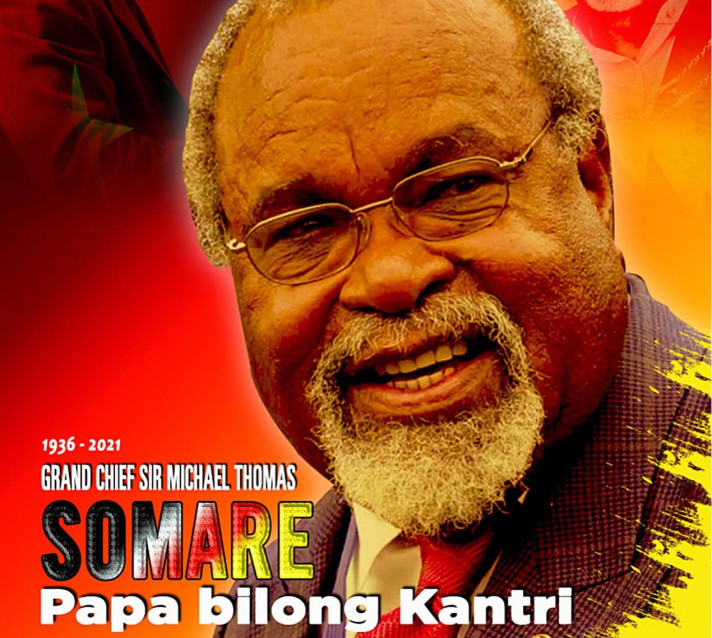 The picture and words are extract of Church Alive – A Catholic family magazine. You can click the link to download pdf file of  ‘A Catholic family magazine‘ on the life story of Grand Chief Sir Michael Somare. The Eulogy above was given by Grand Chief Sir Michael’s daughter Dulciana Somare-Brash. You can watch her full speech available online on YouTube.