How the Papua New Guinea Kina took its first plunge

The government made perhaps the most radical economic decision in PNG’s independent history, moving on Tuesday October 4, 1994, to float the Kina, forced by repeated and continued speculation against the currency which had seen K120 million in foreign reserves leave the country in August of that year alone.

An immediate freeze was placed on all currency transaction until the ‘new Kina’ was allowed to find its market value.

Just what that trading value for the new Kina would be remained to be seen. But as the reader will see, there was much apprehension and perhaps confusion with the Bank of Papua New Guinea leaving the handling of the trading value of the Kina to commercial banks.

Was the government right and what would anyone else have done?

There were criticisms about the government’s decision, but no real alternatives were offered or suggested by those commenting.

The possibility of a conspiracy theory cannot be ruled out especially when, for 15 straight years or so preceding the decision, the Kina was strongly trading higher than the Aussie dollar and even some points higher than the US dollar based on the capitalisation of the country’s rich mineral resources.

The Kina never recovered and PNG has been grappling with high inflation ever since sending the cost of living rocketing to unprecedented heights. Here then is the history of that black Tuesday.

Bank of Papua New Guinea (BPNG) governor, Koiari Tarata, who moved into the job the Tuesday before, anticipated no downward movement from the prevailing level of around $A1.23 and $US0.916 following the previous month’s devaluation of the unit.

Prime minister of the time Sir Julius Chan, however, hinted at some downward movement when he spoke of ‘short term costs’ while a commercial banking source said the ‘new Kina’ was set to begin trading at around $A1 on Monday morning – a fall of around 19 per cent.

Any significant fall in the value of the Kina would have inflationary effects on the prices of imported goods, and Sir Julius said the government would closely watch market trends in the currency in the early weeks of floating.

Following a review of those trends, the minister for Finance and Planning would make a supplementary statement, especially setting out the government’s policy on future wage adjustments for public sector employees, Sir Julius said in a statement.

The decision attracted a mixed reaction. John Paska, the PNG Trade Union Congress general secretary anticipated a fall in the Kina’s value, a resultant rise in consumer prices and said the umbrella union organisation would seek wage rise of up to 20 per cent.

Up until that time the government through Bank of Papua New Guinea had guaranteed the Kina’s convertibility against an exchange rate based on a trade-weighted basket of currencies. Market forces would now set a rate for the Kina – basically allowing supply and demand to set a new level.

Five commercial banks licensed to trade currencies in PNG would now operate the market for the Kina.

The Central Bank would be able to enter the market if it believed it needed to, but Mr Tarata foreshadowed a ‘hands-off’ approach to the currency.

Sir Julius said the move would bring benefits for PNG in terms of additional discipline to government economic policy making, reinforcing the need for responsible and disciplined budget for 1995.

It would also have important implications on the level of inflation and wage-setting mechanisms. 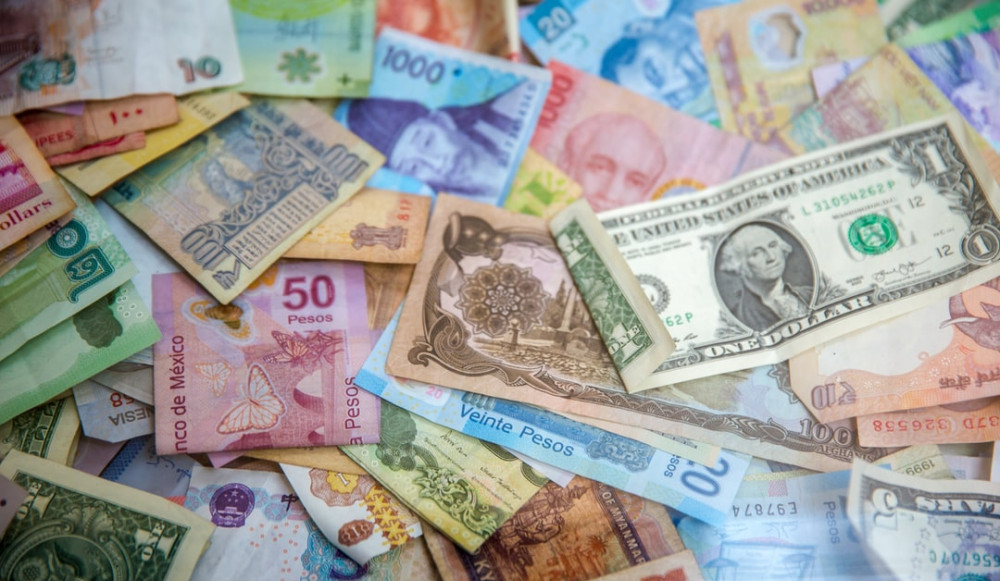 The float decision brought stern rebukes from the Opposition.

Mr Masket Iangalio warned the cost of living would rise, interest rates would increase and the government would have inflation trouble.

Former BPNG governor, Sir Mekere Morauta said money had been pulled out (K120 million) not by speculators but by rational people who were totally aware of the government’s lack of discipline.

The Central Bank and commercial banks offered vastly different scenarios for the floating of the exchange rate.

In announcing complimentary measures to support the government’s decision to freely float the Kina, Mr Tarata said all economic indicators pointed towards a strong external sector and that official foreign exchange flows would continue to be in surplus, resulting in a steady build-up in the foreign exchange reserves.

To allow for an orderly transition to the new frozen foreign exchange regime, the Central Bank had closed foreign exchange markets, both spot and forward contracts for a few days pending the official start of the devaluation.


Mr Tarata said this would allow commercial banks to prepare themselves technically to operate the new regime.

Further, they would be compensated for losses incurred by allowing some transactions to occur, Mr Tarata said.

To reduce the excess liquidity in the banking system, BPNG suspended automatic access by commercial banks to its discount facility only allowing borrowings in rare cases with prior permission.

Mr Tarata said the measures should result in a reduction of liquidity in the system, thereby reducing the potential downward pressure on the value of the Kina.

He requested the commercial banks to maintain the difference between total lending and deposits at the current rate of 5 to 5.5 per cent, cautioning also against withholding sales of foreign currency to the market on the assumption of further declines in the Kina “under a market regime; such a strategy may prove very costly.”

But the banking source said there was much concern with the five commercial banks, particularly if buyers could not be found once the banks had reached ‘limit-long positions’ – a low point where banks would close trading to protect their own commercial interests.

Doubt existed over the success of the float under the prevailing trading regulation.

“If they want us to run the market, they’re going to have to make changes to the system,” the commercial banking source said. And there was concern about how the market would cope with the float generally.

Sir Julius said the new measure was caused by international speculators who over the past few months had sold significant amounts of Kina.

The devaluation was intended to allow the Kina to settle at a fair market rate in relation to the nation’s trading situation.

Unfortunately further speculation against the Kina since then had culminated in recent days in a major attack on the currency by speculators, Sir Julius said.

Every time the Kina loses its value businesses face significant cost increases. In Papua New Guinea there is a cynical trend that costs increase every year.

The governments seem to have adopted a passion for increasing fees. Every time this happens the costs are passed down to the consumer.

Papua New Guinea has become a very expensive country and that says a lot about how good we are.; it’s not good. You cannot have nice things in a country that is not good.

No one wants to work in a place like that.

Two years ago, a tax expert from the United Kingdom said at the University of Papua New Guinea that the PNG personal income tax regime was too high and suggested that the threshold should be reduced.


The call was ignored.

And yet the government continues to preach about putting more money into peopLe’s pockets.

Look at the comment by the Trade Union Congress above and the cost of living. The SME talk goes on and on.

The Manufacturers Council of PNG told the Post-Courier recently that businesses who use any form of offshore inputs had also seen increase in cost due to the Kina losing its value.

“The result is that we’re seeing an increase in people focusing on business elsewhere (out of PNG), winding up, winding back and for those that are here for the long haul passing on costs,” said council CEO Chey Scovell.

When the PNG LNG came on stream the rate of inflation shot up as equipment were brought into the country.

The ripple effects are still evident today because the cost of living that shot up then has not subsided. 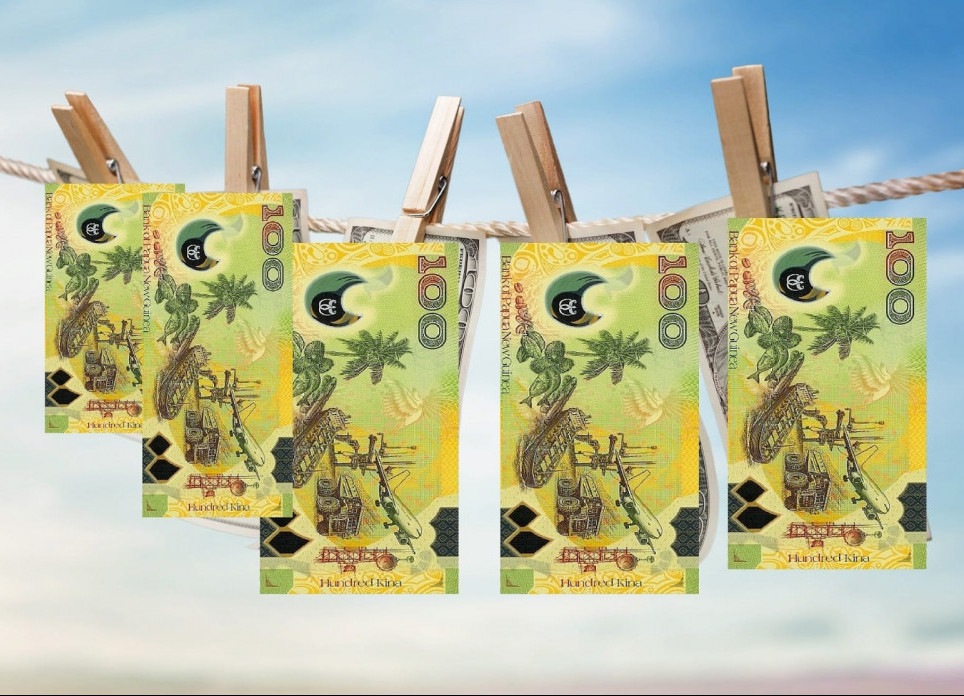